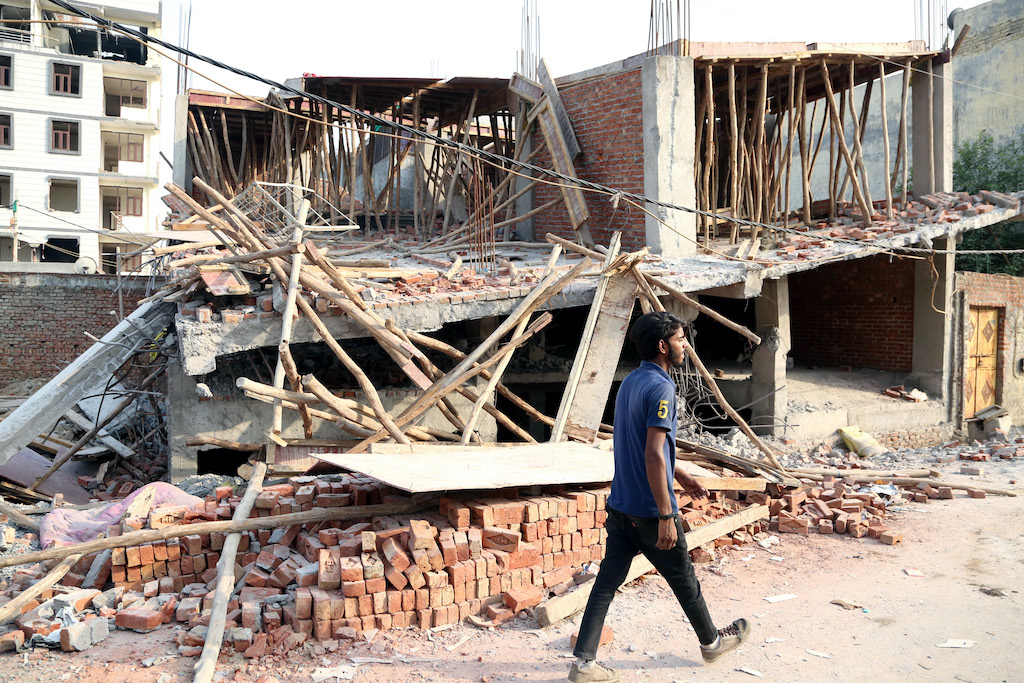 In the novel “The Mermaids of Titan” by American novelist Kurt Vonnegut Jr., a central character named Winston Niles Rumfoord gains the power to appear anywhere on earth and then disappear on another planet. One of his stays takes him to Saturn’s largest moon, Titan. Vonnegut fantasizes that Rumfoord and his dog have entered a phenomenon he calls Chrono-Synclastic Infundibulum, which turns them into a sort of “wave” that appears and disappears at will. Rumfoord materializes – becomes visible – when the scattered molecules of his body come together. And when he wants to disappear from anywhere, the molecules break, and he dematerializes to materialize in a new place.

Affluent and middle-class people who live in large metros and big cities also want people with fewer resources, who work from home, in stores, factories, businesses, etc., to show up on their place of work on time, work properly and then disappear. They expect workers to be diligent and efficient in completing their tasks quickly and appropriately. These sections also believe that they are paying a lot of money to these workers, which they don’t even deserve. Somehow they think they are kind to an underserved lot. It does not matter where and how these workers live, whether they have access to health and education or social security. The rich and the middle class remain silent and indifferent to all these concerns.

The question is, where should these workers live? As in Vonnegut’s fantasy world, they cannot materialize and dematerialize at will. They are not characters from a novel but flesh and blood human beings who live in a cruel real world. With the kind of salary they earn, very few of them can afford houses with concrete roofs. So where do the others live? Of course, in unsanitary, dangerous and socially undesirable environments called “slums”.

Their spaces are cramped, but they live there – entire families of five, six or seven members in a tiny hovel. Many pay rent to live in these huts. Even this is labeled as “illegal occupation” and “encroachment”. There are times when their settlements are legalized, and at other times they are bulldozed. It depends entirely on the will of rulers, administrators and the balance of political power. Isn’t it relevant to ask when do workers figure in our collective understanding or in our social and economic discourses?

Look at the residential settlements of the wealthy and the middle class. There is no place for the poor and underprivileged in them. No part of these settlements is reserved for workers’ housing, as land prices are high there. When the price of land is high, men with fewer resources are eclipsed. Reserving areas for workers’ housing makes no “economic sense” in development discourse. The demands of the disadvantaged inevitably dwindle and disappear before such economic logic. Some large well-to-do houses create servants’ rooms, usually tiny single rooms where the helper and all his family are expected to stay, feeling obligated. The servants’ room is considered a great favor for a worker. A worker who lives in such a room with his family should be grateful to the employer, and in return he makes himself available to the full-time master. Not all workers are lucky enough to get a room in exchange for their services. It’s metropolitan slavery – what else shall we call it?

The same bourgeois thought animates the professions of architecture and town planning. Just as no place is dug out where workers can live with dignity while building settlements, neither does urban planning as a whole create space for them. From time to time the government will advertise housing for the poor and dovecotes are built for the workers. The upper and middle classes are quick to attack these expenses as “useless” expenses. As control of the urbanization process shifts increasingly into private hands, new settlements developed by the private sector have even less space for workers. In fact, they are completely absent from these developments.

In the perception of middle class, the labor colonies are havens for the filthy, the criminals and those who spread the disease. There is no place for such settlements in our beautiful, clean cities, opines the middle class. They should be demolished to make way for better buildings, or parks and business facilitation centers.

But what is the economy of the demolitions we are witnessing? When a settlement (slum) is demolished, the middle and upper class people living in its neighborhood breathe a sigh of relief. They rejoice that the “dirt” is removed, even if they need those who live there to work in houses, shops or factories. That the government give workers another place to live – isn’t it the government’s responsibility to provide shelter for the underprivileged? – the attitude of the upper class and the middle class towards these issues is negative.

The middle class thinks they pay taxes, especially income tax, so they fund government spending and run the economy, while everyone else is a “burden” on the public treasury. In reality, the millions of underprivileged people contribute to the public treasury through Indirect taxeswhich finance the advancement of the wealthy and cover salaries and loans taken out by the middle class.

When slums and poor settlements are demolished, officials say they have freed government land worth thousands of rupees from illegal occupation. Such announcements are hailed as a sign of the authorities’ success. They are credited with benefiting the government and civil society with thousands of crores. Only on the fringes of some newspapers does it appear that the demolition left thousands homeless and damaged just as many livelihoods. Where will the homeless go to live? Nobody thinks about it.

Even though there is a rehabilitation plan for the poor, it is half-baked and stuck in red tape for decades. Often, relocation sites are miles away from upper and middle class dwellings, and even then they are seen as benevolent acts of the state.

In a few years, the city grew, and the upper and middle classes moved closer to these settlements. Once again they are starting to talk about the working class settlements as filthy, overcrowded, ‘crime sanctuaries’, just as Delhi’s wealthy class talks about Jahangirpuri and other settlements these days.

When it comes to purely economics, most experts say the government saves thousands of crores from demolitions and removing encroachments. But many experts have drawn our attention to the losses suffered when thousands of people are left homeless, with their livelihoods destroyed. The losses resulting from these destructions are far greater than the financial gains from the accumulation of additional land.

Governments, political leaders, urban planners, financial experts, administrators and economists must be guided by a human perspective on urban issues. It is their humanitarian, legal and constitutional duty to think of the working poor before they order the bulldozer humble colonies. Only this will make us civilized in the literal sense, not the mindset that seeks to uproot workers from their homes. Workers are the water that feeds the soul of humanity. They are the salt of the earth, the true heirs and masters of the earth. Governments and society must give them their fair share. Only by recognizing their part can society evolve towards a just order and build a nation on the principles of justice, equality and brotherhood. Governments and society must change their view of workers. That’s what our Constitution also says we must do.

Dr. Swarajbir is the editor of the Punjabi Tribune and a noted playwright. Opinions are personal. This article is a translation by Navsharan Singh from the original in Punjabi, published with the permission of the author.