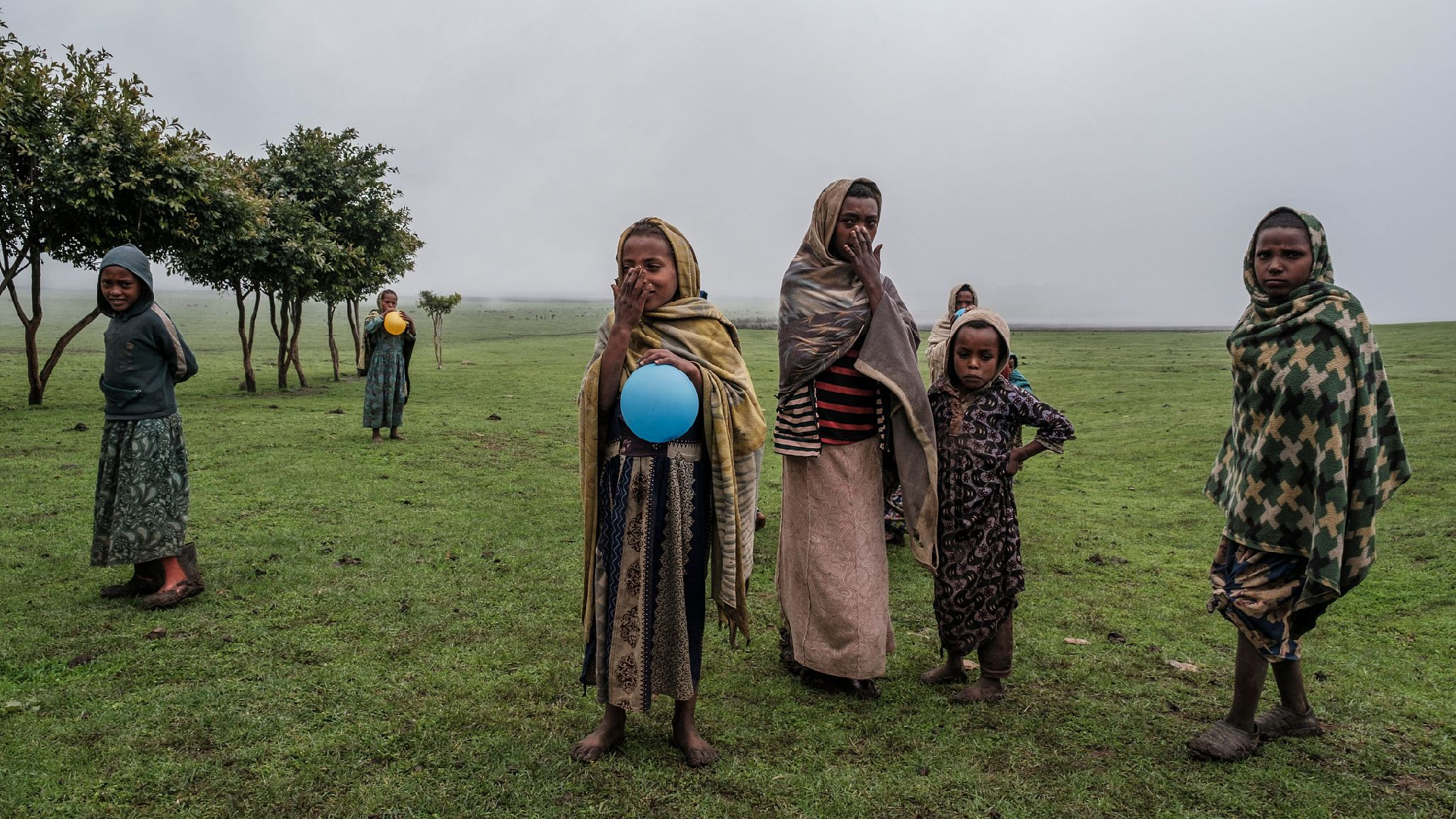 Africans deserve to grow up with the rest of the world

Editor’s Note: Azhar Azam works in a private organization as a market and business analyst and writes on geopolitical issues and regional conflicts. The article reflects the views of the author and not necessarily those of CGTN.

A tidal wave of fear continues to rock imperialists and former US officials who believe China is “kicking us in the tail almost everywhere” in Africa. Instead of answering the simple question of Africans: “Where is America in terms of Chinese infrastructure development and funding for health support,” they instead distort Beijing’s commitment to the continent by pursuing world domination.

China’s policy in Africa – no interference in its regional development, no interference in internal affairs, no imposed will, no political link with assistance, and no pursuit of selfish political gains in investment and funding – Has been an essential pillar in developing a long-term, stable and ever stronger Afro-Sino relationship.

The â€œfive noâ€ approach and eight major initiatives – industrial promotion, infrastructure connectivity, trade facilitation, green development, capacity building, healthcare, people-to-people exchanges and peace and security – angered the United States, which misunderstood China’s engagement with Africa. in “five broad lines of effort,” including the claim that Beijing sees the continent as a testing ground for the export of concepts of political and economic governance.

By the end of January, China had implemented more than 85% of its key initiatives in Africa. Their successful implementation has helped the continent achieve lasting stability and sustainable development. However, Beijing’s principle of non-interference has severely damaged the false US narrative that China’s cooperation with Africa is a “predatory loan” and which accused China of trying to promote an alternative political model of growth. state-run economy to overburden heavily indebted local economies.

Many in the United States argue that China is investing heavily in Africa because of its abundant natural resources, including strategic materials. This is an empty claim because the European Union, and not China, is the main importer of the continent’s natural resources, and also because Beijing had reached years ago a number of other sectors in which it has technical expertise such as electricity production. Sincerity demands that world powers follow China to Africa, since no single state can solve the continent’s deep energy crisis on its own.

Western observers, meanwhile, should focus on U.S. lawmakers urging Joe Biden to improve ties with Africa to meet his goal of sourcing more critical minerals and improving trade to disengage Beijing from the continent. But the problem is that policymakers in Washington don’t understand African people, culture and governments. This will make the battle difficult to change the increasingly pro-Chinese view of Africa.

In addition, borrowing from China has greatly contributed to the overall development of the continent and filled a large infrastructure gap. Chinese funding has supported many of Africa’s most ambitious infrastructure developments, with at least 80% of the $ 153 billion Beijing pledged between 2000 and 2019 going to economic, social and infrastructure projects, including transport, electricity, telecommunications networks and water supply.

Beijing, a leading player in African infrastructure development, has already agreed to extend debt relief to 19 African countries and has delivered COVID-19 vaccines to more than 40 countries in a region made up mostly of countries in development. The East Asian country recently signed an agreement with Egypt to produce vaccines at local pharmaceutical facilities and is expected to establish manufacturing lines potentially in South Africa and Zambia.

Even before the pandemic, from 2000 to 2018, China forgave a total of $ 9.8 billion in debts to other countries, of which 78% (57% + 21%) had their debt lists wiped out or loans turned into gifts. About 50% of Chinese debt cancellations over those 18 years eased pressure from heavily indebted poor countries, including more than 20 African states.

Welcomed by the Elysee Palace and hailed as a “positive development” by Merkel, who had previously said that China’s decoupling was not “the right way forward” in the digital age, “Africa Quad” could open up new possibilities. new areas of international cooperation in a continent struggling to cope with growing debt and acquire enough vaccines to immunize its population, but this would require infrastructure investments of 4.5% of GDP.

It is unfortunate on the part of the Western world to qualify Chinese loans and investments in Africa or elsewhere as a â€œdebt trapâ€. This despite the fact that Deborah Brautigam, director of the China Africa Research Initiative at Johns Hopkins University, had not discovered any evidence of asset foreclosures or alleged excessive lending and funding practices of Chinese banks in connection with loss-making projects to get started and gain a strong foothold in Africa.

There are only seven African countries whose debt of Beijing accounts for more than 20% of the external debt for various reasons such as the economic limitations to undertake large projects, the fall in oil prices which is contracting economies and capacity. reduced to repay loans. The myth of Africa’s â€œChinese debt problemâ€ is thus debunked at the international level, and reflections are reinforced on Beijing’s promising relations with the continent.

However, researchers believe that the US withdrawal from Afghanistan may trigger a “butterfly effect” and prompt terrorists to intensify extremist activity in West Africa. The decisive moment and the threatening tones of American academics towards Africa put aside its neutrality between Beijing and Washington, which is extremely worrying as it could jeopardize peace and growth on the continent plagued by violence.

It is therefore crucial that American brain trusts, diplomats and politicians do not tarnish Africa’s development by exploiting the continent’s vulnerabilities for the benefit of vested interests and making it a front line of competition from Washington with Beijing. Struggling with financial crises and health and safety challenges, 1.3 billion Africans deserve a terror-free environment and the support of the international community to take full advantage of infrastructure development and grow with the rest of the world.