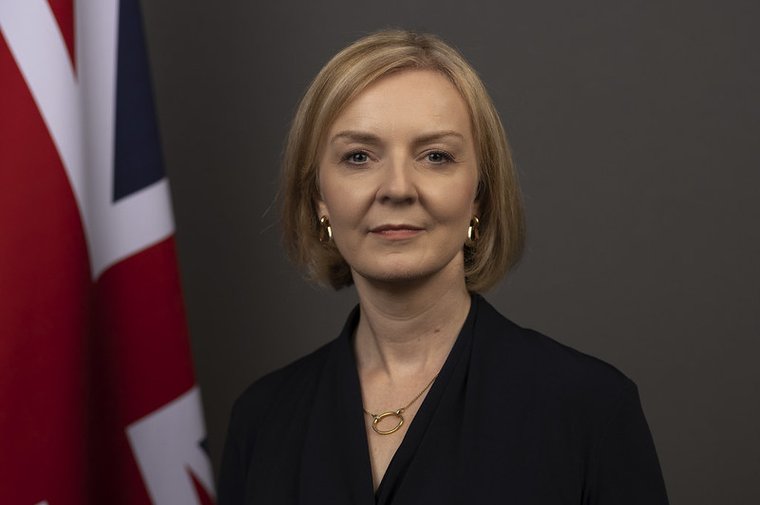 Despite the death of Queen Elizabeth II within 48 hours of her appointment causing significant disruption to initial plans, the circumstances of her coming to power are no different from those of her political idol Margaret Thatcher, who also came to power in the face of tense global crises, runaway inflation and a nation increasingly dissatisfied with its fate.

For the new Prime Minister, difficult decisions await the entire portfolio, particularly in terms of defense and security. Truss has never made a secret of his support for increased defense spending, publicly pledging to raise the budget to 3% of GDP by 2030.

It’s an easy political commitment on her part to make, in part because it’s very unlikely she’ll still be in office by then to have to keep it. But the preparatory work necessary to increase the budget over time will have to begin soon.

Defense spending cannot simply be increased overnight, with a large injection of cash and no clear way to spend it. Detailed spending plans are needed, individual departments need to be clear about how to allocate resources, and there needs to be a cohesive and credible plan for how to introduce new capacity.

As Germany has discovered, increasing defense budgets without a plan simply results in an overburdened system unable to spend the money it has been given. The three departments will want to make competing requests for funding, but will have to judge whether it is better to invest in new technology and equipment or to fund shortfalls in inventory. This latter approach would rebuild the less glamorous but essential logistical and other enablers needed to support operations around the world.

British and French paratroopers pictured during a joint exercise. Will the UK focus its defense posture on the European continent or on the Indo-Pacific region? (Photo: UK MoD/Crown copyright)

Politically, Truss will want to be seen as a growing British military presence and capability, for example by commanding additional ships, tanks and aircraft – but without the investment in stocks and ammunition this will be of less value than expected.

The most likely way to resolve this issue is to hold a further defense review in the coming months to address changes in the global situation since the invasion of Ukraine and to determine how best the UK can react. Indeed, recent media reports indicate that the Integrated Review (IR), launched with fanfare 18 months ago, will be updated before the end of 2022.

The biggest challenge is determining where the balance of British interests lies. From a strategic point of view, the main security threat to the UK is undoubtedly Russia, which would call for a mainly European-oriented defense strategy involving heavy investments in the British army and the RAF. , and using the RN to invest in anti-submarine warfare and other assets to deter the Russian Northern Fleet.

Lessons from Ukraine point to the need for urgent spending on the military to provide modern armored vehicles, drones, artillery and other means capable of deterring Russia and defending the Baltic States against the invasion.

But despite all the short-term strategic concerns about Russia, Truss has also expressed concerns about Chinese activity, particularly against Taiwan, and she is likely to view China’s deterrence and continued Indo-Pacific pivot as a key strategic political objective.

Any revision of the RI will therefore have to try to strike a balance between two mutually incompatible policy objectives, each of which is costly and requires very different capacity investments to achieve.

Choosing one option will come at the expense of the other, as the UK is past the point where it can allocate equal resources to take on Russia and China at the same time. It is really difficult to say which option will be taken, since both are of such great importance to the Prime Minister.

However, it is likely that, in true British style, some form of compromise will emerge, likely involving further investment in NATO military capabilities while strengthening diplomatic and intelligence engagements in the Indo-Pacific, backed through exercises and visible deployments in the region.

The former will strengthen the UK’s position with NATO partners, while the latter should support its efforts to build long-term relationships with the region and appeal to the United States, which would welcome a greater commitment from allies to deter China.

Whether the UK can support all of the ambitious plans set out in the IR, let alone fund any new ones identified in the wake of the war in Ukraine, is open to debate.

The defense budget continues to be overcommitted and underfunded to meet all the challenges it faces. Soaring inflation in the UK and the collapse in the value of the pound against the dollar and euro means that longer term equipment costs are likely to rise significantly and with no real financial room for maneuver in the budget to absorb this unplanned growth, even if the Ministry of Defense has 3% of GDP to play by 2030 as planned.

It is entirely likely that regardless of political ambition, the next review will be as much about balancing the budget, probably through a series of brutal cuts, as it is about redefining Britain’s strategic place in the world .

The RAF is retiring its fleet of C-130J Super Hercules in 2023. (Photo: UK MoD/Crown Copyright)

Planners will face the thankless task of trying to assess what can be reduced or done differently with a reduced budget, knowing that Ukraine’s lesson is that it takes more of everything to survive in the face of a even level rival.

This adds to the deeper question of whether to continue spending money on transformation now by pursuing major technological changes like autonomous systems and drones, which will help ensure that the UK retains its technological lead, or by reducing that funding to free up short-term liquidity at the cost of dropping the UK behind its peers in capacity.

The latest big financial challenge facing the Ministry of Defense is that the new Prime Minister inherits a battered economy which is struggling to cope with the complex economic situation and yet it must meet the tax cuts promised to members of the Conservative Party.

It’s hard to see how government spending can remain unchanged as tax cuts are rolled out and revenues plummet as the economy struggles. The Department of Defense is unlikely to find itself immune to these challenges, despite Truss’s campaign pledge to allocate 3% of GDP to defense by 2030, and it may well have to adapt to a smaller budget than expected.

Far from planning for budget growth, the Department of Defense may well find itself planning for major cuts as the Treasury tries to balance the books. This could mean major reductions in defense with reductions in equipment and personnel levels even below those defined in the RI.

There is no certainty that the armed forces will grow under Truss or even stay the same size.

In addition to trying to figure out how much to spend and how to invest it properly, the MoD must be prepared for operational challenges. The arrival of a new Prime Minister means adversaries such as Russia will seek opportunities to probe and test, to see how the UK responds under Truss’s leadership to the provocation; there may, for example, be an increase in difficult Russian naval activity near British waters.

It is entirely likely that regardless of political ambition, the next overhaul will be as much about balancing the books, probably through a series of brutal cuts, as it is about redefining Britain’s strategic place in the world.— The Clarence

There could also be an increase in circumstances requiring the deployment of UK Armed Forces personnel on non-traditional missions to support civil authorities. As the economic situation deteriorates, the likelihood of a generalized strike will increase, especially among public sector workers.

Extensive plans exist to use the armed forces for military aid to civil authorities, which would allow the Prime Minister to assign troops to take over and provide support for a wide range of services, including (theoretically) the firefighting, ambulances, prison guards and even bin strikes if widespread strike action spreads.

It is not impossible that the British armed forces find themselves engaged in operations across the United Kingdom, not for military purposes, but to provide support to local authorities in difficulty. Such a move is unlikely to be glamorous and may lead to retention issues among troops who have not signed up to serve as emergency service surrogates. It will also have a wider impact on training and readiness to deploy to real military operations, degrading the UK’s ability to support NATO and other deployments.

Truss is betting heavily on its ability to deliver the bold ambition of a global Britain, with the UK playing a leading role across the world in various international situations. However, the credibility of this ambition will depend heavily on the extent to which the armed forces and broader intelligence and security functions are adequately funded.

Public spending cuts, troop reductions and economic challenges are all likely to conspire to make it harder than expected to sustain those ambitions.

Instead, Truss’ premiership will likely be defined by an aspiration to deliver and be let down by the cold hard realities of economic woes that keep him from facing them. While the armed forces will do everything possible not to let her down, like many of her predecessors, she will rely heavily on them but will also be forced to take measures that reduce their numbers and budget.

The stage is set for a Prime Minister made up of strong words and hollow actions.