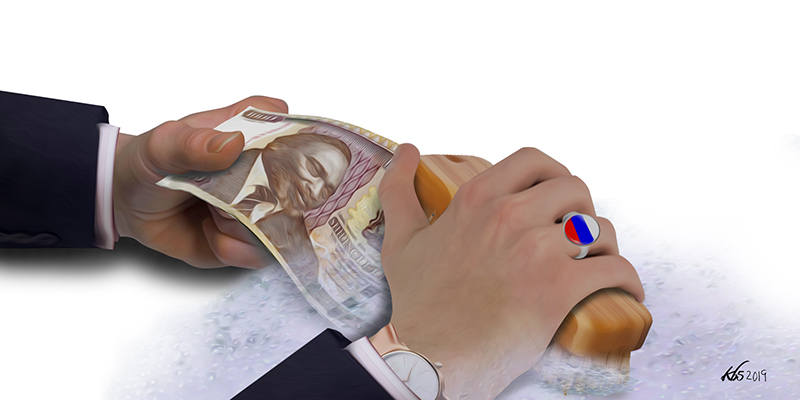 CAYLEY CLIFFORD – The bear is back: Russia’s re-engagement with Africa resumes with Putin at the helm

Fatma Alloo’s activism developed in the decades following Tanzania’s independence in 1961, when she worked as a journalist under Julius Nyerere, or Mwalimu, the first president of Tanzania; co-founded the women’s rights group Tanzania Media Women’s Association (TAMWA) in 1987; and co-founded the vibrant Zanzibar International Film Festival (ZIFF) in 1997. Here she explains how women have used media and cultural spaces for social mobilization and the evolution of patriarchal norms, especially in times when they were marginalized from state power. In the series â€œReclaiming Africa’s Early Post-Independence Historyâ€, and the Post-Colonialisms Today project more broadly, we learn from African activists and decision-makers in the early post-independence era, to understand how their experience of a unique period economic, societal, cultural and regional transformations can help us today, when the issues of decolonization and liberation are more pressing than ever.

Heba M. Khalil: You have experienced so many changes in so many different political systems, since the Sultanate, colonialism, the Nyerere years; you saw the birth of liberalism and neoliberalism.

Fatma Alloo: As you say, I experienced a lot of “-isms” in Tanzania. The other day I thought that although I grew up under colonialism in Zanzibar, as a child I didn’t know it was colonialism, I didn’t know there was a sultanate. We used to run around and say hello to the Sultan because he was the only one with a shiny red car and we loved that car, a red Rolls Royce. But as I reflect now, I realized that these were the years when Mwalimu was fighting for independence in Tanganyika.

Then of course as you grow up life takes you on a journey, and I found myself at the University of Dar es Salaam in the 1970s, where the Dar es Salaam debates were taking place. Tanzania hosted liberation movements, and this is where socialism, communism, Marxism, Leninism, Trotskyism, Maoism and feminism were debated, and this is where my consciousness grew, because that I was in the middle of it. As the university’s progressive international community was ideologically driven by Mwalimu’s socialism, I began to understand that even my feminism came from the West. No one had taught me that women experience feminism on the continent. This awareness came when, as a student, I participated in an adult literacy program started by Mwalimu. As students we were sent to a rural and urban factory to teach literacy, but I emerged from these communities learning instead!

Heba M. Khalil: In your opinion, what was the role of women in Tanzania in particular, but also on the continent, in defining the parameters, choices and imagination of post-independence Africa?

Fatma Alloo: Women have always been an integral part of the independence movement in Africa. In southern Africa and Tanzania, they stood side by side with the men to fight, so they really were a part of it. The particularity of Tanzania was that Mwalimu created a party called the African National Union of Tanganyika (TANU), which had five wings, including women. The others were young people, peasants and workers, in order to mobilize society as a whole.

Post-independence is another story, which has very often been told by men in power. There was a struggle for the visibility of women. I remember the debates in South Africa, where the African National Congress was discussing whether the women’s wing wanted to discuss power relations. And there was resistance to that, the party leaders were saying first, let’s just get independence, don’t waste our time, women’s liberation will come later. It was a very fierce struggle, and of course after independence the women lost a lot.

Heba M. Khalil: Why have post-independence power structures and ideologies been defeated and replaced at some point by new ideologies of liberalism and ultimately neoliberalism?

Fatma Alloo: Western media portray Mwalimu as a failure. It hasn’t failed, from my point of view. The whole question of national unity is important. Tanzania has been a relatively peaceful country. Why? It didn’t happen by accident, it had to do with Mwalimu’s politics – he realized he had to face deep divisions and he understood the role of education. Administratively, the nation had been inherited after decades of divisive-ruling policies. It was divided on racial and religious lines, as Tanzania is half Christian and half Muslim. We could have had a civil war, like in Lebanon, or a tribal conflict, like in Kenya or Libya. Mwalimu really understood this from the start. I remember when we started TAMWA, when the women got together, we had no idea who was from which tribe. He was so successful.

We had free medicine, free education, but of course that all flew away with neoliberalism. My generation remembers that, and I think we have to make sure that the younger generation knows the history of the country, knows the literature that has emerged from the continent. In my opinion, of all of Mwalimu’s contributions, the most important was peace and unityâ€”amani, in Kiswahili.

Because Mwalimu has been so successful, the West, especially the Scandinavian countries, has made it their darling. As you know, the Scandinavian countries did not colonize Africa much, so people also trusted them and accepted their development aid. Very sadly, this eroded Mwalimu’s success with his people and ultimately made us dependent on this development assistance, which continues to this day. Without development assistance, we seem unable to do anything. We have stopped relying on ourselves.

Heba M. Khalil: What was your organizational experience during the rapid growth of the mass media sector in Tanzania?

Fatma Alloo: I was very active, first as a journalist in the 1980s and early 1990s, and it was vastly different. We were very influenced by Mwalimu’s ideology and ready to play our part to change the world. Mwalimu had refused to introduce television because, he said at the time, we did not have our own images to represent, to empower our younger generations. He said that if we introduce television, the images shown will be those of the West and the imperialist ideology will continue. In Zanzibar, however, we already had the oldest television on the continent, and it was in color. When Abeid Karume came to power in Zanzibar in 1964, after a bloody overthrow of the ruling sultanate, the first thing he did was to introduce not only television, but community media, so every village in Zanzibar had already these images. But television didn’t arrive in Tanganyika until 1992 (Mwalimu resigned in 1986), when it was introduced by a local businessman who started his own station. Until then, the state controlled the media, so history began to change as companies were allowed to create media.

I remember that I was at TAMWA then and that we had to encourage a lot of productions of plays and other visuals, for which there was no market before. The radio had been powerful; when the peasants went to the countryside, they took the radio and listened to the plowing of the land. Thus, radio was the main tool used to mobilize society during Mwalimu’s time.

The press has given women journalists little chance to cover issues of importance to women. We were given health or children to cover as our problems. Tanzania used to have an English newspaper, a Kiswahili newspaper, a Uhuru newspaper and a party newspaper. In 1986 there were 21 newspapers, and it became easier for us to really influence the press, and TAMWA started talking about issues like sexual harassment in the workplace. But it was a double-edged sword, as the TV channels recruited cute girls to read the news, and the girls also wanted to be seen on TV because it was a novelty. So while we were developing the conversation about portraying women, here’s television, where women were used as sex objects. The struggle continues, a continuous luta.

Heba M. Khalil: How do movements attempt to bring about change on the continent, especially youth movements or younger generations, using media and cultural spaces?

Fatma Alloo: Young people need to develop empowerment tools at the educational and organizational level. Africa is a young continent, and our hope is the youth. Many young people are very culturally active, they may not be in universities but culturally they are extremely visible, in music, dance and street theater.

Right now, you see, the Pan-African dream has sort of lost the luster it had during independence. Even if you look at the literature from that time, it was a collective dream for Africa to unite – Bob Marley had an “Africa Unite” song, we used to dance to it and we really identified with it, and literature – Franz Fanon, NgÅ©gÄ© wa Thiong’o, SembÃ¨ne Ousmane, Miriam Ba, Nawal al Saadawi – and also the films that came out of it. In fact, Egypt was the first country to produce amazing films; when we created the Zanzibar International Film Festival (ZIFF), in our first year we screened an Egyptian film, Destiny by Youssef Chahine.

The Zanzibar International Film Festival was born because we asked the question: â€œIf we in Africa don’t tell our stories, who will? We ask this question in particular to train and stimulate the production of films on the continent, including in Kiswahili, because if West Africa has many films, East Africa is lagging behind. The festival has been in existence for 21 years. This part of the world has over 120 million people who speak Kiswahili, so the market is there. We also encourage a lot of young producers and we encourage putting a camera in the hands of the kids because in my own experience kids are so excited when they can create their own pictures. Twenty-one years later, these children have grown into adults, and they are the directors and producers of this region. We must therefore play a role in the impact of change and the liberation of consciousness on our rich and vibrant continent.

This article is part of the â€œReclaiming Africa’s Early Post-Independence Historyâ€ series by Post-Colonialisms Today (PCT), a research and advocacy project by intellectual activists on the continent who strive to recapture thought and policy. progressives in post-independence Africa to meet contemporary development challenges. Sign up for updates here.