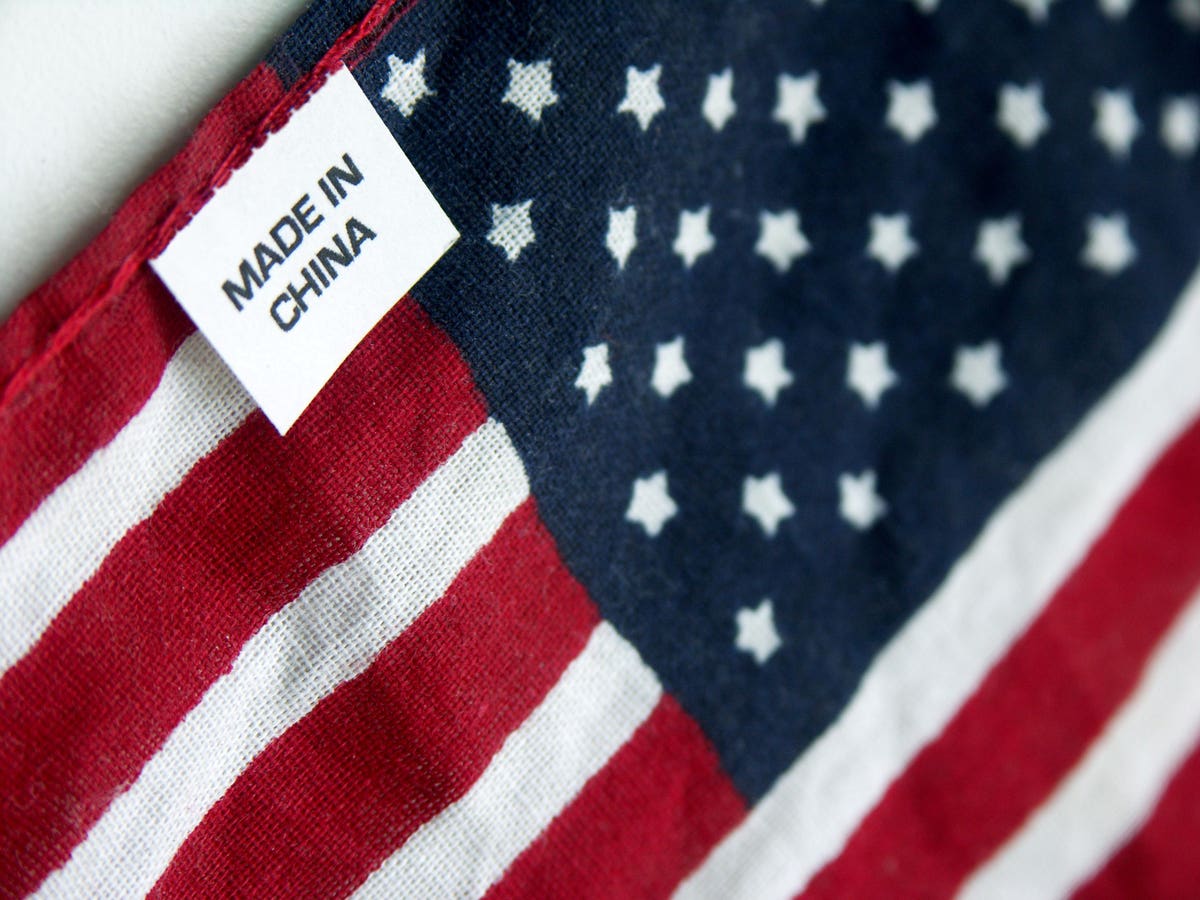 In US retail, consumers have no patience for price increases.

Politically, however, consumers generally won’t blame retailers for price increases. As interesting as it sounds, shoppers are more likely to direct their angst elsewhere and will often blame the government for their buying ills (like high gas prices).

In the pre-COVID days, retailers warned the former Trump administration that China’s tariffs would be a disaster — a disaster that would end up driving up prices and disrupting supply chains. Unfortunately, the Trump administration went ahead and created an alternate reality about what was needed to rein in China, and they created a new Trumpian version of “The Art of Deal” when they decided to use tariffs to stop China’s 7 deadly sins (as presented by former trade adviser Peter Navarro).

As initial talks over tariffs escalated, retailers and brands flocked to the White House – to alert the Trump administration that tariffs would raise prices and that diverting products from China would likely complicate a chain of already complex procurement. Clearly, the warnings went unheeded, and today America is experiencing the results of what Team-Trump believed was a well-intentioned strategy. When China failed to deliver on the phase one trade deal, former President Trump likely realized the strategy wasn’t working. However, as the deal was a great win in an election year, rather than admit failure, the former president played it. However, given enough time, there is little doubt that he would have changed course. Unfortunately, when Team-Biden took over from Team-Trump, they wanted to appear strong on China, which clearly made America much weaker commercially.

Inflation rose ahead of the upcoming midterm elections, and signs of creating some sort of truce in China (to ease inflationary pressure) emanated from the White House. For an administration that does not release information, trade policy buffs and China watchers already seem to know a lot. The 5 of Julye, Treasury Secretary Janet Yellen had a call with Chinese Vice Premier Lui He and it was said tariffs were not discussed, but many believe the call was related. While some retailers will be absolutely thrilled that potential relief from China is in the wind, many see this as the fourth anniversary of the ultimate retail train wreck and the end of a disastrous problem they predicted. The removal of tariffs may be considered a victory for retail in the United States, but at this stage it is only a victory if one is prepared to forgive all bankruptcies, inflation and supply chain issues that have arisen along the way.

With discussions at the White House still ongoing, it’s possible that only some of the tariffs will be removed directly, while others could face a new federal “opt-out” process in order to be exempt. Additionally, there will likely be a new 301 tariff investigation that would target specific sectors of the Chinese economy. Clearly, fashion retailers (which are already heavily priced) are hoping for clothes, shoes and accessories to be taken straight off the list completely. In terms of product exclusions, anyone who understands the term “process” will not be satisfied with the time and money it takes to manage the effort required to place products in the appropriate exclusion category.

Truth be told, from the start of their administration, Team-Biden has always been deaf to concerns about retail prices — even as commodity costs have risen with little relief in sight. All of this increased cost activity, coupled with genuine shortages due to shutdowns, continued to feed the inflation meter. As the Biden administration wrangles internally over saving jobs in America, it has become clear that it has pumped too much money into the economy and the dollar is buying less than it did a year ago. Team-Biden dug very deep into a failed Trumpian pricing strategy — one that former President Trump would surely have abandoned by now. It’s also important to remember that there was hope for change when candidate Biden said, “We’re going about China the wrong way.” However, in the end, it came down (again) to the internal battle of the nationalists against the globalists.

Washington-based Americans for Free Trade has an impact list of tariff misery and the group says it’s costing Americans $3.8 billion per month for the Chinese 301 tariffs imposed by former President Trump and continued by President Biden. The former president liked to say China was paying the tariffs (when they weren’t) and during the October 2020 presidential debate, it was former President Trump who said of the tariffs: ” China is paying billions and billions of dollars, and you know who got the money? Our farmers. Our big farmers.

The truth behind the farmers’ statement was that China issued its own retaliatory tariffs against its US imports, and our exports to China dropped significantly from around $130 billion in 2017 to $120 billion. in 2018 (first year of tariffs), to $106 billion in 2019, then increased again in 2020 after the signing of the phase one agreement with China. The American farming community lost important exports and had to be bailed out. The rates just didn’t work. They weren’t working when they were created by Smoot-Hawley in 1930 (in time for the Great Depression). They didn’t work for President Bush when he tried using them on steel in 2002, and they didn’t work for President Obama when he tried them on tires in 2009.

It’s also not fair to blame all the business issues on Team-Biden, but they’ve had 19 months to change direction and have decided to stay the course. The COVID shutdowns have certainly affected supply chains, but all the rerouting of goods out of China and all the supply ships that have been added to avoid tariffs have also had an impact. In addition, Congress failed to renew important trade agreements such as the Generalized System of Preferences program and the Miscellaneous Tariffs Bill – which would have helped reduce the additional burden of tariffs in countries other than China. Some retailers decided to look to Central America for relief, but found it difficult to obtain raw materials and this was a hindrance. Some have looked to Africa (under the African Growth and Opportunity Act), but the Biden administration has disconnected AGOA from Ethiopia, and this action alone has deterred retailers from using the AGOA program.

Team-Biden’s mandate has always been to compete with China but, under the recently signed and implemented Uyghur Forced Labor Prevention Act, it may be easier for retailers to leave China than to deal with the rebuttable presumption clause of the new law (targeting incoming containers) . The law basically says you are presumed guilty of using forced labor and you have 30 days to respond. That being said, China still holds a 37.25% share of apparel in the US market. Therefore, leaving is not an easy thing to do, especially since China is incredibly good at understanding the US market.

The gist of all this chatter is that the Biden administration should just eliminate all Trump tariffs – especially when it comes to the fashion side of retail. These tariffs have fueled inflation and increased costs throughout the supply chain, and there has been no visible or lasting benefit.

Unfortunately, some believe that Team-Biden will grant only a few high-profile categories for tariff relief and then develop a convoluted exclusion process for other products – so that “policy” is better – rather than supporting the American consumer and trying to dis – inflate the American economy. To add some cover to their actions, the government will likely also institute a new Section 301 investigation to target specific industries in China. In this way, they continue to be tough on China, but take no immediate action.

And finally, when it comes to doing the right thing for retail, inflation and the economy – the great social commentator Will Rogers was right when he said, “If you ever inject the truth in politics, you would have no politics.”