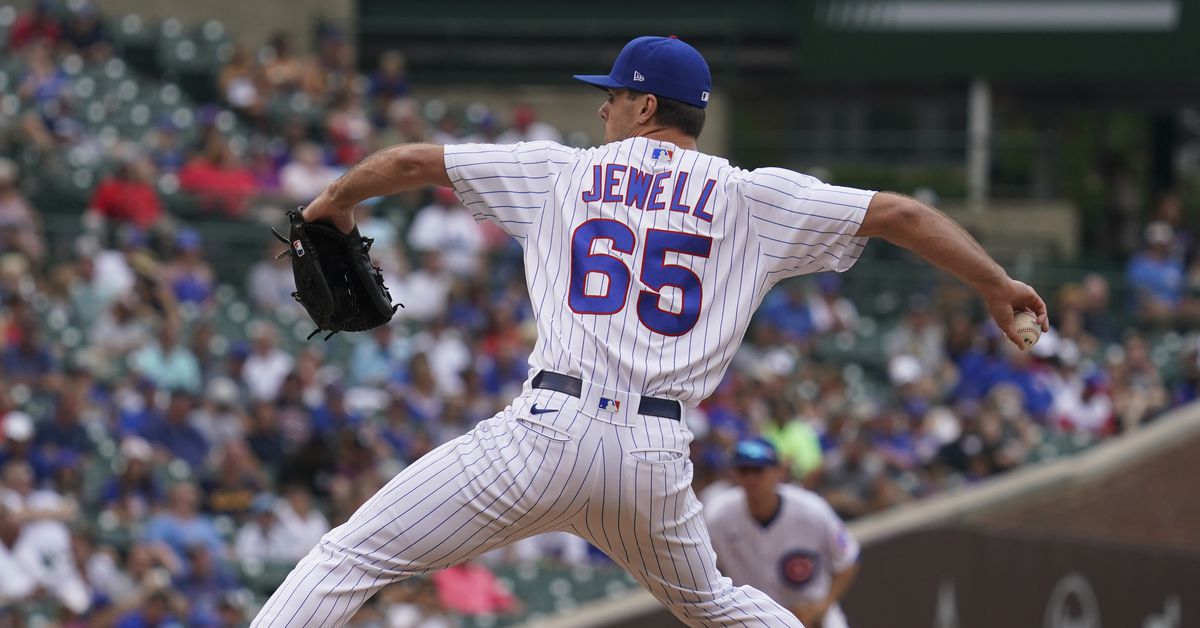 A week after being called on waivers by the Cubs’ Dodgers, pitcher Jake Jewell is no longer a Dodger. The right-hander was claimed on waivers Tuesday by the Giants, who selected Jewell for Triple-A Sacramento.

Jewell was not called up to majors during his week in the Dodgers organization, but he threw 2 scoreless quarterbacks for the Oklahoma City Triple-A, striking out five of his 11 batters. .

After beating multiple pitchers in August, the Dodgers had no healthy pitchers on the 40-man roster they could have called when the active roster limits dropped from 26 to 28 on September 1, with multiple pitchers optionally having to wait 10 days before they can be recalled.

On August 31, the Dodgers claimed Jewell and Ryan Meisinger from the Cubs and acquired southpaw Andrew Vasquez in a minor league trade with the Twins. Meisinger was called on September 1, but did not pitch. He was put on an option the next day and transferred to Oklahoma City on Saturday after allowing the waivers. Vasquez was called up on Friday and pitched twice this weekend in San Francisco.

Jewell claimed made room on the 40-man roster for infielder Sheldon Neuse, who was reportedly on the 60-day injured list last week with an undisclosed injury. But he’s back for the Oklahoma City Triple-A on Tuesday night in his first game since August 23.

Players on the COVID-19 injured roster do not count towards the 40-player roster, which is like players on the 60-day IL, but there is no time limit required other than removal of COVID protocols. Teams cannot disclose such medical information without the player’s consent. But that’s the only way Neuse could have been back and active so soon, which wouldn’t have been possible if he had really been on the 60-day IL.