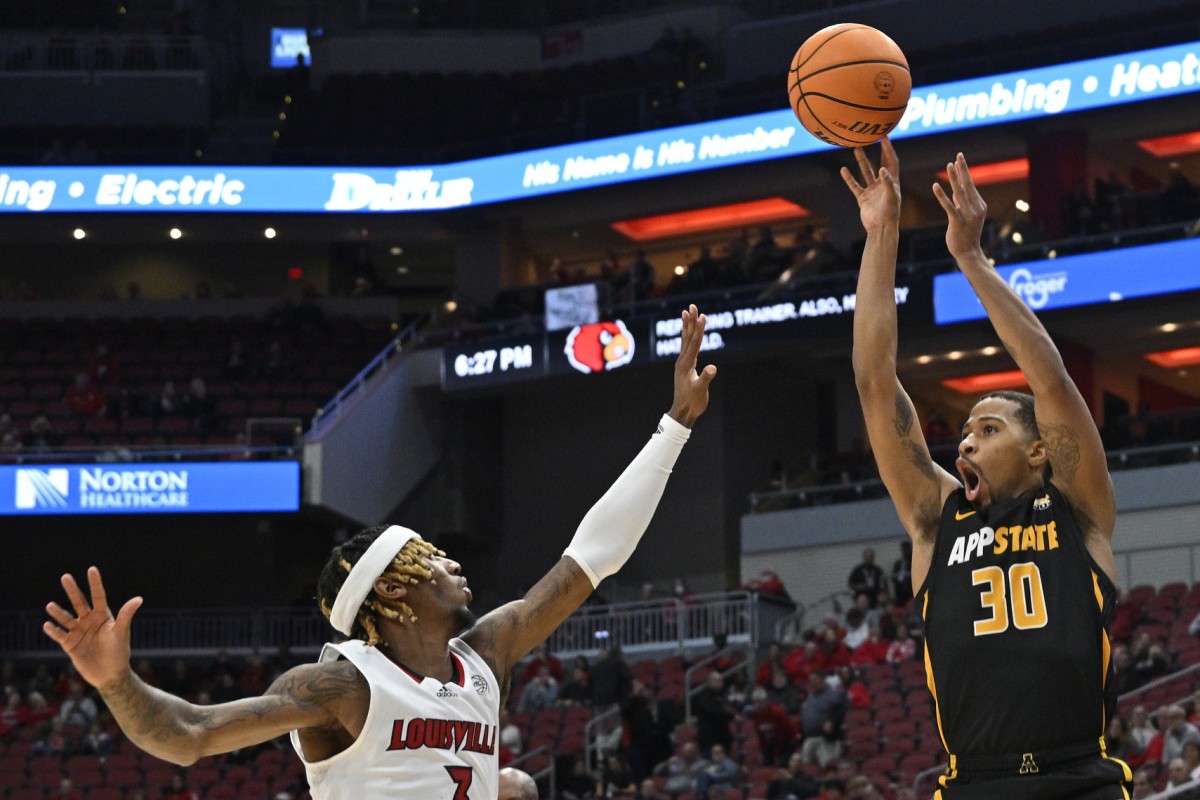 LOUISVILLE, Ky. — Third time was definitely not the charm for the start of the Kenny Payne era of Louisville’s men’s basketball program.

After being thwarted by Bellarmine and Wright State to open the 2022-23 season, the Cardinals followed up those two games with an equally stunning loss to Appalachian State, with another comeback attempt that failed heartbreakingly.

Trailing 57-45 with just under seven minutes left, the Cardinals launched a 15-4 run fueled almost exclusively by El Ellis to make it a one-point game with 24 seconds left. After the Mountaineers missed the front of a one-on-one with Mike James securing the rebound, it gave the Cardinals 11 seconds for one final down.

Ellis drove to the basket as the clock neared double zeros, coming off a buzzer-driving layup that appeared to give Louisville its first win of the season. But upon closer examination, his lay-up failed to go off in time, with the ball barely touching his fingertips as time expired, handing them a 61-60 loss on Monday night at KFC Yum! Center.

Louisville shot 39.1% from the floor and 31.8% on three-point attempts, compared to App State’s 38.1 and 26.3%, but the real difference was in how the two Cardinals handled the ball . They committed 18 turnovers to just six assists, with turnovers leading directly to 20 points. Conversely, the Mountaineers had eight assists for seven turnovers.

As Louisville won the rebound battle 42-32, they were again outplayed at the post, with Appalachian State taking the points in the paint battle 34-18.

Ellis led all scorers with 29 points, matching his career high he set in the previous game against Wright State. Brandon Huntley-Hatfield also had a double-double of 12 points and 10 rebounds. App State had three double-digit scorers, led by Donovan Gregory’s 16 points.

Things started as badly as possible for Louisville at both ends of the field. The Cardinals connected on just three of their first 16 shots of the game, including an 8:10 streak where they didn’t score a basket, while App State hit 10 of their first 15 shots out of the gates to lead as much. like 16 the first half.

Had it not been for Louisville’s 13 trips to the free throw line that resulted in 10 marks, the halftime score would have been much worse than 38-25. But it was still a first half in which the Cards shot 26.1% from the floor, committed 11 turnovers for three assists and were outscored 18-6 in the paint. In fact, the 13-point halftime deficit was the largest in program history for a November home game.

After halftime, Louisville was much more effective on both ends of the field. They shot 52.2% in the second half, while holding Appalachia State to just 28.1%. They also operated with much more visible effort and energy than in the previous half.

Unfortunately, they also struggled to maintain their momentum ahead of their stretch in the closing minutes. The Cardinals twice cut their deficit to single digits in the first 13 minutes, only for the Mountaineers to respond right away and keep them within reach.

Next, Louisville will travel to Hawaii for a trio of games in the Maui Invitational, starting with Arkansas. The tip against the Razorbacks is scheduled for Monday, November 21 at 5:00 p.m. EST.