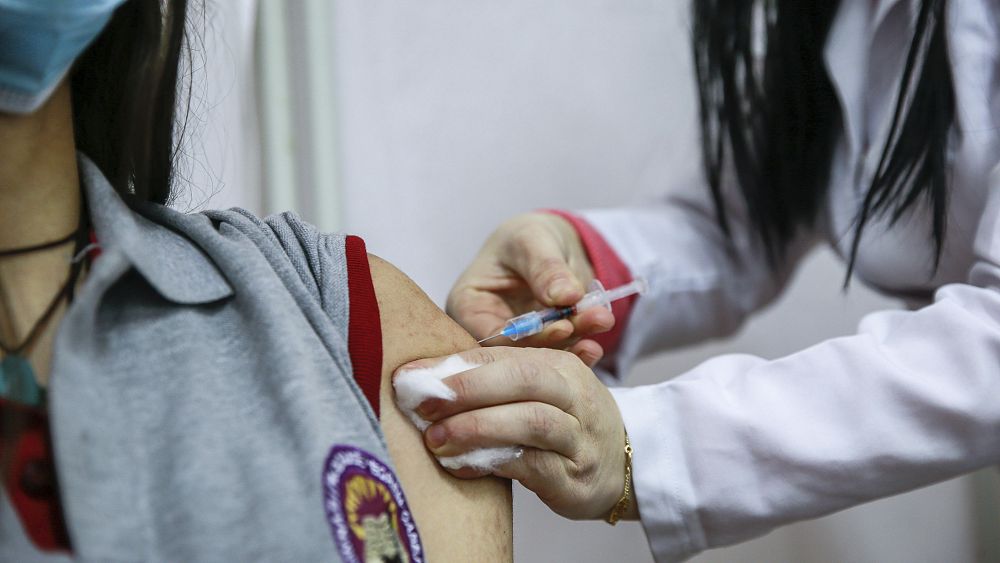 A deal allowing developing countries to produce COVID-19 vaccines – without the patentee’s consent – could be reached by next week, Euronews has learned.

The EU, which opposes the massive renunciation of intellectual property rights, now says it is “ready to go beyond” its initial position, “to reach a consensus on a waiver that makes sense [and] this will increase production, “said a European Commission official.

Negotiations on a targeted waiver are underway in Geneva within the World Trade Organization (WTO).

If consensus is reached, any country seeking to allow a company to produce vaccines should be able to do so immediately “without fear of a potential risk of litigation from patent holders.”

“The EU has been intensely engaged over the past few months to try to find a way forward that confirms and reassures countries that feel they really need to allow a company to produce vaccines – they should be able to do so. do it quickly and efficiently, even if there is no agreement from the patent holder, “said a European source.

“We are ready to consider a sufficiently targeted waiver that any country that considers it should be able to allow a company to produce and export vaccines can do so quickly and efficiently.”

The EU’s position remains that without intellectual property rights, “we would not have a vaccine”.

However, “we are now trying to find pragmatic solutions, targeted at COVID-19 vaccines, without jeopardizing the entire intellectual property system,” an official said.

Although the terms of the licensing plan are not complete, Euronews understands that the EU is willing to accept compulsory licensing of COVID-19 vaccines to countries wishing to produce the vaccine.

This will oblige the right holder to provide access to the requesting government under specific conditions, such as a guarantee that vaccines are produced at cost – not for profit – and for the greater good of citizens.

Vaccine-producing countries and companies fear that a wholesale waiver will force countries like China to use the technology for their own benefit, or for India – which already produces vaccines, to start manufacturing products generics.

Industry sources still argue that waiving intellectual property is not a panacea for overcoming the unfair distribution of vaccines to poorer countries.

Complex manufacturing, access to raw materials, distribution and misinformation about vaccines have all contributed to the problems of the vaccination campaign.

“There are many issues and barriers around vaccine production and the waiver of intellectual property may not be the most important, but it is part of the contribution we can make, but in a very targeted way to avoid undermine the value of the intellectual property system. “said an EU official.

“We must not forget that it is intellectual property that new vaccines have been developed, and many collaborations have been established between companies to produce vaccines.

“And if we were to have a very broad type of waiver, all of those things would be disrupted, and that would frankly not be helpful at all for our fundamental goal of increasing vaccine production. And increasing investment per vaccine. manufacturers in the developing world.

While a deal is within reach, it is not yet inevitable. EU trade sources say they are “very disappointed” at the lack of input from the US team on this issue at WTO level.

This is especially true given US President Joe Biden’s public pledge to waive intellectual property in May.