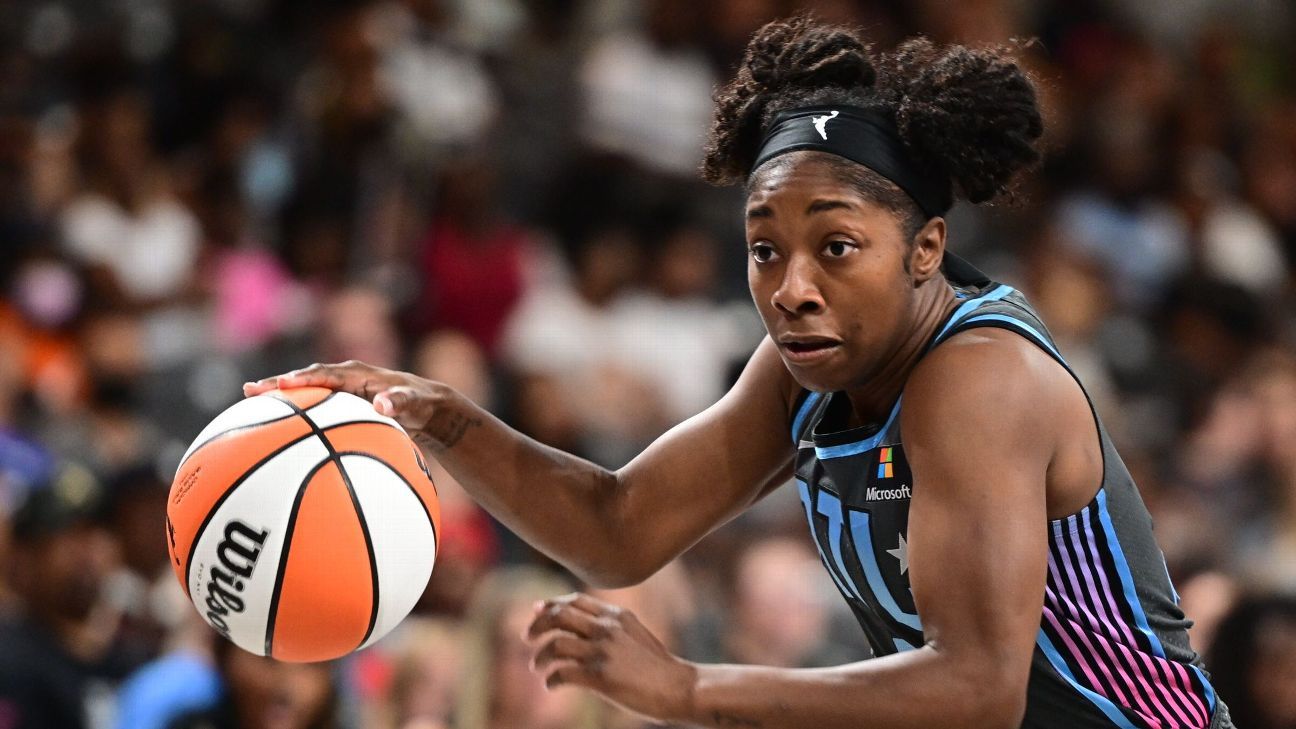 We are at the finish line of this inaugural season of women’s fantasy basketball. The WNBA season is in the home stretch… on Sunday, Sue Bird just played the last regular season home game of her legendary career!

Choose your league size, customize the score and set the rules you want to follow in order to create the fantasy basketball league you wanna play.

Create your custom league for free!

And the end of the WNBA regular season means it’s absolute championship time in fantasy hoops season. I’m currently in the middle of the championship game in our ESPN writers/editors league, facing Eric Moody for the title. I have the lead at the turn, but we all know anything can happen on the home stretch.

So, like you, I’m hitting hard on the free agency wire to make sure I give my fantasy hoops team the best shot at winning the trophy. Here are some of the names that caught my eye this week (and keep in mind that the five names in last week’s article are still popular this week as well).

Gabby Williams, Seattle Storm (40.4% registered in ESPN leagues): Williams tends to be overshadowed by the two former WNBA MVPs she shares Storm’s frontline with, but she has continued to be productive in her own right. Over his last five games, all of which have been pitched by Breanna Stewart and Tina Charles, Williams has produced consistently across the board with averages of 9.8 PPG, 5.6 RPG, 3.4 APG, 1.6 SPG, 0.6 3PG and 0.4 BPG in 27.2 MPG. .

Aari McDonald, Atlanta Dream (32.7%): McDonald was the third overall pick in the 2021 WNBA Draft, and this season she has shown signs of honoring that draft status. Especially when she had the chance to play near the first minutes. Recent injuries to Tiffany Hayes and Kristy Wallace gave McDonald more opportunities, and she responded. In his last three games, McDonald’s averaged 13.7 PPG, 3.0 APG, 2.3 RPG, 1.0 3PG, and 0.7 SPG.

Maya Caldwell, Atlanta Dream (3.3%): Caldwell, like McDonald, has recently seen an increase in playing time due to injuries to Hayes and Wallace. She responded by scoring in double figures in three straight games, including the most recent she started, while averaging 10.7 PPG, 4.3 RPG, 2.7 APG, 2.0 3PG, 0 .7 SPG and 0.7 BPG in 26.3 MPG.

Lexie Hull, Indiana fever (2.8%): Kelsey Mitchell’s season-ending injury has created a big production hole in Fever’s backcourt, and Tiffany Mitchell is struggling with a calf injury that’s also losing her time. This opened space for Lexie Hull to take on greater responsibility, and she responded well. In its last two games, the most recent of which was a debut, Hull has averaged 15.5 PPG, 5.0 RPG, 2.0 SPG and 1.0 3PG in 30.5 MPG.