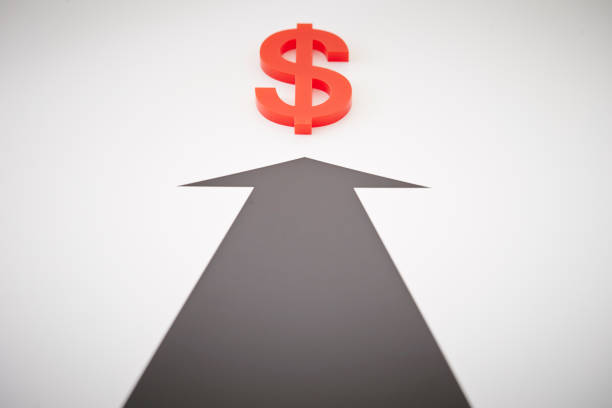 US dollar surges on Fed tightening jitters and euro weakness

The euro and yen have fallen since Thursday, and US bond yields have firmed noticeably once again as fears of a Fed rate hike grow as we get closer to May’s FOMC. This combined to punish the dollar index significantly higher, rising 0.50% to 100.33 on Thursday. The dollar index rose slightly on Friday and gained 0.20% to 100.70 in Asia today. Resistance at 100.90 is in sight, and a move to 101.00 would signal further gains targeting the 2020 pandemic highs at 103.00. Support is seen between 99.40 and 99.55.

The ECB’s policy decision, where it signaled little to no intention to accelerate the pace of tightening or remove QE sooner, saw EUR/USD sold sharply on Thursday. EUR/USD traded between 1.0750 and 1.0900 before finally ending down 0.60% at 1.0830. The single currency eased slightly on Friday before falling 0.20% to 1.0785 in Asia today. The Euro is now facing a serious test of the multidecade support line at 1.0800. A daily close will increase bearish nerves, and a weekly close below will be a strong bearish signal. Initial targets are 1.0600 and 1.0300 and potentially a drop through 1.0000. Rallies around 1.0950 should find plenty of sellers. Ukraine and energy fears along with a dovish ECB make a sustained Euro rally difficult now. Only a sudden tightening of the US/Core-Europe rate spread should change the outlook.

The British Pound is holding above 1.3000 for now at 1.3030 as markets price in the BOE’s May hikes and EUR/GBP selloffs support GBP/USD. Rallies have been limited to the 1.3150 regions, however, and risk remains biased towards an overall failure of 1.3000, which should initially target 1.2700. The Australian and New Zealand dollars have both suffered heavy losses in recent sessions as risk aversion rises and both central banks are seen as being too slow to act on inflation. AUD/USD fell to 0.7360 and has support at 0.7300. NZD/USD broke its uptrend line at 0.6815 last week, falling to 0.6730 today. As the risks of a hard landing increase, NZD/USD remains the most vulnerable. A failure of 0.6815 could now see NZD/USD fall back to 0.6500 in the coming weeks, with 0.50% priced in at the next RBNZ meeting.

The widening yield gap between the US and Japan has seen USD/JPY soar over the past two sessions, hitting 126.65 this morning, clearing previous resistance at 125.80, which becomes initial support, followed by 125.00. Expect the official rhetoric from Tokyo to go up a notch this week now, though any dips are likely to be buys. USD/JPY is now entirely at the mercy of the yield differential, and unless that reverses sharply, USD/JPY should eventually target 128.00.

Asian currencies are weaker today on Thursday’s sharp rise in US yields, China’s economic nerves and rising oil prices. USD/KRW was up 0.45% at 1233.75 today, with USD/TWD climbing 0.35% and USD/JPY climbing 0.15%. USD/CNY and USD/CNH are also approaching 1-year trendline resistance levels at 6.3770 and 6.3950 respectively. The daily closes above would signal another leg of weakness for the yuan. As I’ve said nauseously before, Asia’s slow monetary normalization will present challenges for Asian currencies as US rates continue to rise. A slowdown in China will add to these concerns, meaning we will likely see Asian exchange rates decline over the next quarter.

Sonipat: A major fire breaks out in a chemical plant, the situation is now under control