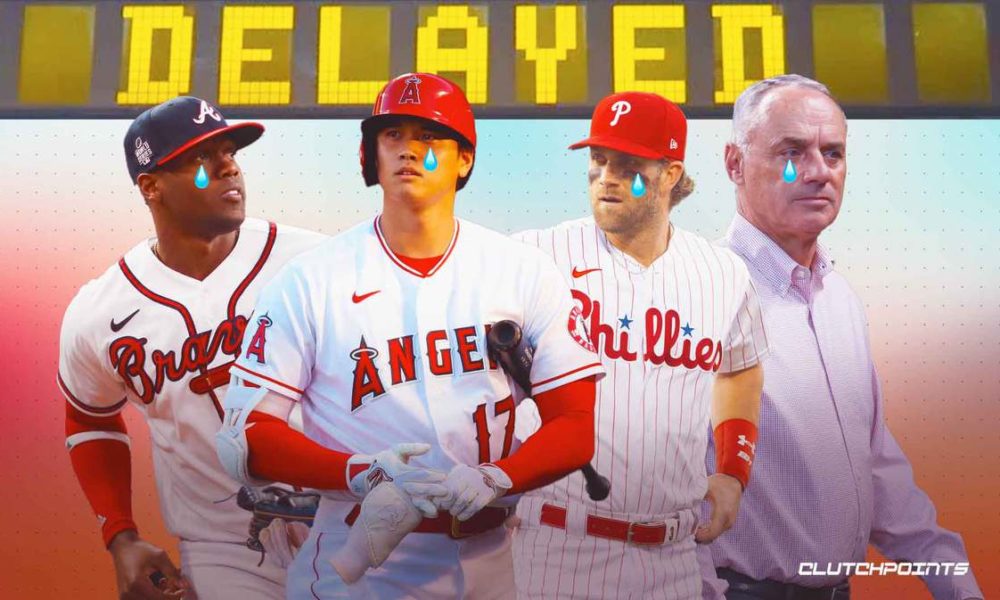 Granted, many of us have been in denial about the state of the CBA’s negotiations between the Major League Baseball Players’ Association and team owners. It’s always darkest before dawn, as they say, but as the talks continue to evolve at a chilling and contradictory pace, it seems increasingly possible that baseball won’t start on time this year.

It’s been a rough few years for MLB fans, unable to attend any of the games in the shortened 2020 season and many remain understandably wary of coming out in 2021. And now a contentious battle between players and owning teams resulted in a lockout that everyone knew was coming, but it’s no less frustrating.

More recently, the MLBPA was “disappointed” with the league’s latest offer, and for good reason. The two sides remain incredibly distant on the subject of income and fair compensation. The players initially offered a $105 million bonus pool to reward pre-arbitration players, which MLB countered with the hilarious $10 million offer. Players then lowered the number to $100 million and team owners increased their meager number to a still ridiculously low $15 million.

The two sides also remain far apart when it comes to the competitive balance tax. Team owners have been sitting in the $214-222 million range for the past five years, while players are north of that, sitting between $245-260 million for the same period.

There are additional issues when it comes to the manipulation of MLB’s minimum wage and service time, which means there are still economic fundamentals that show no signs of imminent compromise. These are vital questions when it comes to the fairness of the game and how players are paid, and MLB is no doubt trying to test players’ unified resolve. If a shortened season is the cost to players of getting more of what they’re owed, so be it, but that certainly doesn’t make it any easier for the fans.

Baseball is truly at a crossroads. It’s not like the game was exactly thriving in the eyes of fans before lockdown, and a prolonged absence will only add to the apathy. MLB remains completely unable to market its stars, and many fans can’t even watch their teams due to blackout restrictions and Bally Sports playing hardball with every streaming service.

It’s normally the week pitchers and receivers start showing up at spring training sites, helping fans navigate the home stretch of a long, cold and dark winter, but this year it seems that we will do it alone. The concept and consequences of a lockout-shortened season will not be really start settling in until March maybe, because no matter when it ends, players will need some form of training camp to prepare. It looks like we are about to reach the point of no return when it comes to starting on time.

And where does baseball go from here, whatever? Are the concepts of a universal DH and possibly expanded playoffs enough to make fans forget that games somehow keep going longer each season? Would a coin toss make watching the most depressing franchises a bit easier? Will someone in MLB’s marketing department finally find a way to introduce the game’s best players – Shohei Ohtani, Bryce Harper, Mookie Betts, Jorge Soler – to a younger generation?

There are a ton of issues addressed in CBA negotiations, but there are so many more that MLB seems ill-equipped to handle. This lockdown is currently baseball’s most visible problem, but it certainly won’t be the last to come forward. FOREX-Euro holds gains after hopes of easing tensions in Ukraine