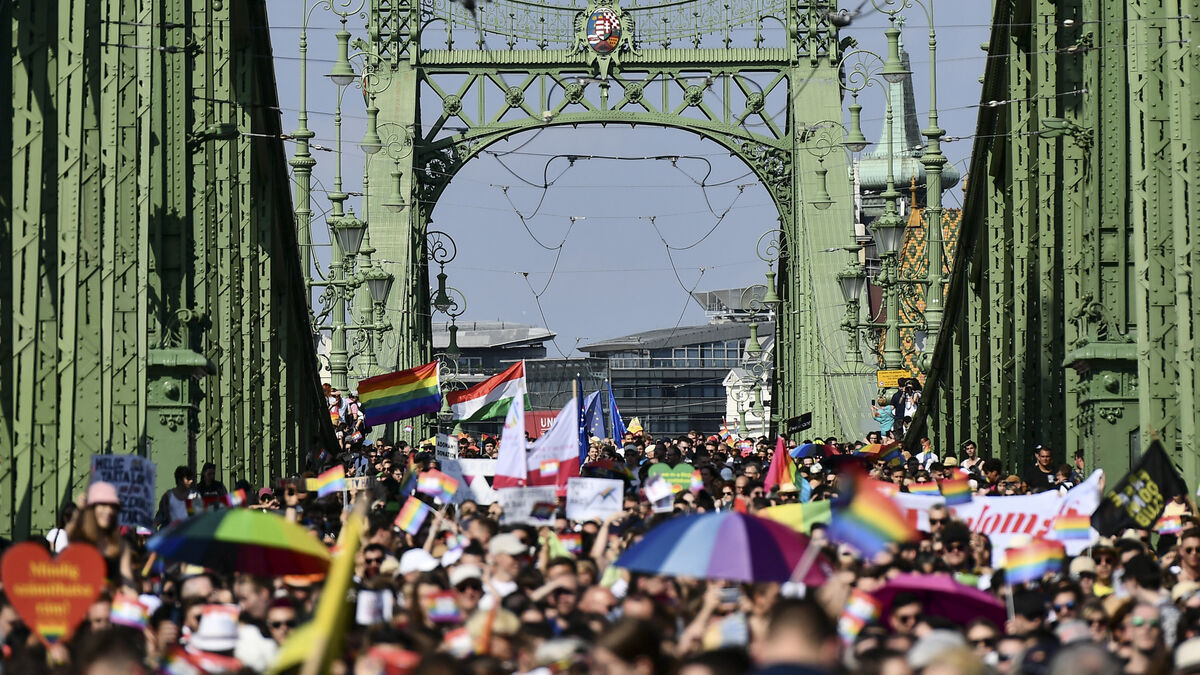 My political awakening coincided with the systemic changes that took place following the collapse of communism in Hungary in 1989. I was both fascinated and delighted at the rapid democratization of my country.

As a teenager, I persuaded my family to drive me to the Austrian border to see the story unfold: the dismantling of the Iron Curtain, which allowed East German refugees to head west. Reading many new publications and attending rallies for the newly formed democratic political parties, I was carried away by the atmosphere of boundless hope for our future.

Today, such feelings appear as childish naivety, or at least as the product of an idyllic state of mind. Democracy and the future of human civilization are today seriously threatened, in the grip of multifaceted and interwoven crises.

Three decades after the fall of communism, we again face undemocratic political forces in Europe. Their actions often resemble those of the old-fashioned communists, only now they operate on a platform of authoritarian and nativist populism.

They still complain, like the communists of old, about “foreign agents” and “enemies of the state” – by which they refer to anyone who opposes their values â€‹â€‹or their political preferences – and they always denigrate the West, often using the same terms of abuse we heard during communism. Their political practices have eroded democratic norms and institutions, destroying the public sphere and brainwashing citizens through lies and manipulation.

Nativist populism tends to have only one goal: to monopolize the power of the state and all of its assets. In my country, the regime of Prime Minister Viktor OrbÃ¡n has almost captured the entire state through the skillful manipulation of democratic institutions and the corruption of the economy. Next year’s parliamentary elections (in which I challenge OrbÃ¡n) will show whether the capture of the Hungarian state can still be reversed.

I believe it can be. But to hold the populists fully responsible for the erosion of our democracy is to confuse cause and effect. The roots of our democratic shortcomings run deeper than the staunch nationalism of the ruling party, social conservatism, and the eagerness to restrict constitutional rights.

Like the rise of illiberal political parties in old Western democracies, democratic decline in Central and Eastern Europe stems from structural problems such as social injustice and endemic inequalities.

These problems owe much to the mismanagement and abuse of the post-1989 privatization process and the transition to a market economy.

Older, well-established democracies experience equally distorted social outcomes. With the development of a welfare state with a social vocation in the immediate post-war period (a period that the French demographer Jean FourastiÃ© called â€œthe glorious thirtiesâ€), economic growth in Western democracies allowed a massive expansion of the middle class. But this was followed by a wave of neoliberal deregulation and fundamentalist economic and social market policies, the results of which have now become clearly visible.

More than anything else, it was the radical decoupling of economic growth and social well-being that let out illiberal populist genius and shattered the democratic consensus in many countries.

Worse yet, our generation is cursed with more than â€œjustâ€ massive political and social upheaval. We are also faced with a climate crisis which is calling into question the very conditions on which modern societies are organized.

Progressives like me see this as a direct consequence of how our economic system works. Infinite, unregulated economic growth – the central dynamic of capitalism – is simply not compatible with life on a planet of limited resources. As it is, our capitalist system pushes more extraction and generates more emissions every year.

In the face of such challenges, we cannot afford to succumb to fatalism or apathy. Progressives, after all, must believe in the promise of human progress. Our institutions and economic policies can be adapted to take into account changing circumstances. Injustices that keep people away from democracy can be rectified. Channels of democratic dialogue can be restored.

As mayor of Budapest, a large European city, I can attest to the fact that local governance matters. Whether through democratic engagement, emission reductions or social investments (areas where we have already made significant progress despite fierce resistance from the OrbÃ¡n regime), local governments are well placed to improve the lives of citizens. And in doing so, we can also create synergies and new models that will contribute to gradual change on a larger scale.

Thus, beyond what we do on our own, the city of Budapest is eager to contribute to all international efforts aimed at preserving democracy and a liveable planet.

To that end, this month we will be hosting the Budapest Forum for Building Sustainable Democracies to bring together a wide range of stakeholders, including mayors, EU officials, activists and high-level academics. . Participants will discuss strategies for tackling the most pressing political challenges of our time, then provide forward-looking and actionable policy recommendations.

Martin Luther King Jr said that those who want peace must learn to organize themselves as effectively as those who want war. It is the same with democracy.

With the Budapest Forum and the Free Cities Pact, Budapest intends to help organize the forces of all segments of society to ensure a democratic and liveable future in Central and Eastern Europe and beyond. We need to win the intellectual fight against nativist populism and the civilizational fight against climate change – and we need to do both at the same time.