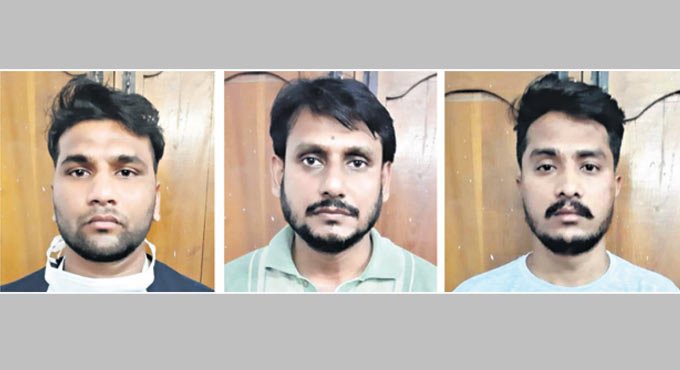 “In some cases, the accused threatened borrowers over the phone, harassed them and sent objectionable messages to the borrower’s phone number. The defendants threatened and harassed the borrower over the phone using different numbers. A Bandaru Srinivas from the town of Gudlagadda in the town of Janagaon obtained a loan of Rs 4,000 through this loan application. For some reason, the victim, Srinivas, did not pay the loan. Following this, the accused called Srinivas on the phone number several times and harassed him and also sent objectionable messages to the phone numbers of relatives of Srinivas, ”added the CP.

“Unable to endure the harassment, Srinivas filed a complaint with the Janagaon Police Station on December 18. A special investigation team was set up with Cybercrime Police and Janagaon to catch the accused. As part of the investigation, police arrested the defendants and questioned them on Saturday in the town of Bengaluru and brought them before a local court. Obtaining the PT warrant, they were brought here and remanded in custody after bringing them to court here, ”the CP added. CP Pramod Kumar praised Cybercrime Inspector K Janardhan Reddy and others for catching the accused.

Now you can get handpicked stories from Telangana today at Telegram everyday. Click on the link to subscribe.