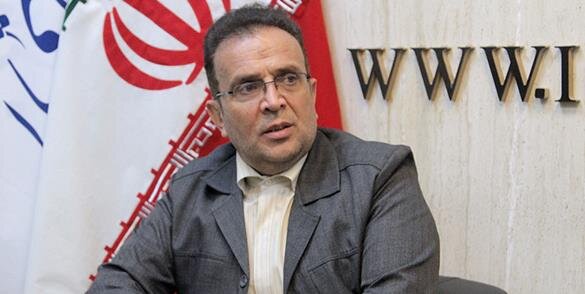 TEHRAN – The spokesperson for the Iranian parliament’s national security and foreign policy committee said Iran was ready to mediate between Yemen and Saudi Arabia to resolve their conflict.

Mahmoud Abbaszadeh Meshkini also said that Saudi Arabia’s past actions against Iran, as well as some current positions and policies, are slowing down the negotiation process between Tehran and Riyadh.

“Iran has taken the initiative to sincerely improve relations and defend the interests of countries in the region, but only if the other side also enters into honest interaction,” Mahmoud Abbaszadeh Meshkini told IRNA in a statement. recent interview.

Abbaszadeh Meshkini added: â€œEstablishing good relations and a regional power bloc with the participation of Iran, Saudi Arabia and Turkey will benefit everyone. “

Meshkini said Iran’s new government is trying to deepen relations with its neighbors and remove obstacles, especially with countries bordering the Persian Gulf. He added that Iran is serious and loyal in this regard.

â€œIf we consider the index of strengthening relations with Central Asian countries for economic reasons, in the past four months our economic relations with these countries have increased by more than 200% in some cases. In the case of the Caucasus, you can see that in one month, four meetings took place at the level of senior officials, and at the end, a meeting took place between the two presidents of Iran and the Republic of Azerbaijan in Ashgabat. We also recently had another relationship with Turkey, and we have made efforts towards Iraq and, above all, towards the countries of the southern Persian Gulf. The number of delegations has increased and the Islamic Republic is doing its best, â€he said.

He added that naturally these actions are followed by reactions as there must be communication between the two parties.

â€œWe have often seen positive reactions. Even in the case of Saudi Arabia, these reactions have been “apparently” positive, “he noted.

Meshkini noted that the use of the word “apparently” in connection with Saudi Arabia is intentional.

â€œThe reason is that if we look at the history of relations between Iran and Saudi Arabia, even after the revolution, we encounter different eras. In the 1980s, for example, you noticed that Saudi Arabia provided $ 40 billion in aid to the Baathist regime (of Saddam Hussein). In each period we see actions. For example, now the Iran International network has been launched, which plots against Iran on a daily basis.

According to the senior MP, for the past 40 years, wherever there has been a conspiracy against Iran, the â€œSaudi dollarâ€ has been behind the scenes.

â€œThat’s why we understand them. The point is, the Islamic Republic of Iran and countries like Saudi Arabia and Turkey are important and influential countries in the region. We know that if these countries become allies and good relations are established between them, synergy will be established and an unprecedented center of power in the world will be formed. An electric pole that controls global energy and can be a global electric pole, and therefore all countries can benefit from it. But when there is friction, not only does the pole not form, but even the power of the three countries diminishes and wears out. For this reason, Iranian rationality has always sought to establish relations with these countries, â€he noted.

Meshkini noted that the rationality of Iranian politics has always sought to strengthen communication, but when Iran examines past and previous experiences, it naturally becomes cautious.

In May 2021, the King of Saudi Arabia sent positive signals for communication, the MP revealed.

â€œWe took it and we didn’t reject it, but when we put it alongside other actions, we have to look at it with caution. For example, during a visit to the United Arab Emirates by a Saudi official, they issued a statement against the Islamic Republic of Iran, â€he noted.

According to the member, putting this statement and these signs together naturally leads people to the conclusion that they should approach cases with caution, even in positive situations.

â€œThat’s why I said on TV that we have shown both goodwill and seriousness, but that past is behind us too. We have an eye on the past and look at the actions in progress â€, reiterated Meshkini.

However, the MP added that there are obstacles that both sides can overcome regardless of actions and reactions.

Talks were held and signals were sent on the sidelines of the Baghdad summit in Iraq, he said, adding that when those messages were sent there was a positive reaction from the other side.

The MP illustrated Saudi support for the terrorist group Al-Ahwazi, as well as the presence of a Saudi security official at a rally of the terrorist organization Mojahedin-e-Khalgh (MEK) in Albania, or the launch of the network Iran International as destructive behavior.

“You also see the behavior of Saudi Arabia towards Hezbollah during the 2006 war. Over the past 40 years, we have witnessed that Saudi dollars have been used more against the interests of the Islamic Republic of Iran.” , he lamented.

Meshkini added that for any relationship there must be political will with a rationality based on the interests of both sides given that Saudi dollars have been indirectly used against Iran.

â€œWe know that the last time the Americans took action against an Islamic Republic of Iran ally in South America they received $ 60 million in funding from Saudi Arabia. Even under pressure against the allies of the Islamic Republic of Iran, Saudi dollars were used. We do not want to stress them and prevent the reestablishment of relations with a country like Saudi Arabia. They didn’t really like the media, but anyway, when you are at the negotiating table, the past naturally comes to mind, â€he noted.

He added that unfortunately Saudi Arabia approaches Iran whenever it encounters a problem it cannot resolve, illustrating the aftermath of 9/11 in which Saudi citizens have been blamed for the incident.

Meshkini added that he prefers to say that the negotiations take place at the expert level, as the experts must first resolve the issues between the two countries, and when it comes to an outcome, it becomes a formal negotiation. .

â€œWhen formal negotiations are not concluded, the cost to both countries will increase. For this reason, it is best to discuss the details in expert discussions. Now, this can be just as well at the expert level as at the security level. After all, Iran and Saudi Arabia are in a region with a high level of security risks. For some reason the level of risk is high and there are many elements of security in the region, so naturally one layer of these expert negotiations can be security, but in any negotiation there are usually negotiations of security. ‘experts and preliminaries,’ he noted.

“Yemen is an independent country”

The MP noted that Iran has received a message regarding mediation in the Saudi-Yemen conflict in the talks.

â€œOur answer is clear. Yemen is an independent country and we want to resolve the dispute between Saudi Arabia and Yemen. Why do they need us? Yemen is their own neighbor. They can go and solve it themselves. When the two sides asked us and accepted that the Islamic Republic come to arbitrate, we did not reject it, provided that the two countries wish it. Yemen is an independent country. The two countries should solve their own problems, but if both sides ask Iran, we will help, â€he said.

Meshkini said in his opinion that Saudi Arabia had also moved closer to Iran in the case of Yemen, which had a problem.

“We are ready to arbitrate, provided that the two parties want us to be mediators,” he reiterated.

He added that the art of politics is to turn conflict into friendship and to bridge the gap through communication.

We are ready to answer questions from the Saudis

Meshkini went on to say that the Parliamentary Committee on National Security and Foreign Policy was receiving information about the Iranian-Saudi talks from the Foreign Ministry, but the two sides are still far from that point until the issue. reaches a reassuring point and that the necessary preparations are made for the start of formal negotiations.

â€œFortunately, there is no problem for us to communicate. We have both good faith and seriousness, if the Saudis have a question, we are ready to answer and clarify it, â€he noted.
However, Meshkini claimed that Iran has many questions about Saudi Arabia.

â€œWe have a lot of questions about Saudi behavior. For example, Saudi support for (Abdolmalek) Rigi. They have supported these terrorists for years in one of our provinces, â€he noted.

Rigi was the leader of the Jundullah terrorist group which was captured in 2010.

Saudis in UAE say they are trapped in Iranophobia

On allegations that Iran is a threat to Saudi Arabia, Meshkini said Iran never acts in a way that costs and damages its neighbors.

â€œWe are sorry that some neighboring countries are prisoners of the Iranophobia project. Examples are the remarks made by Saudi officials in the Emirates. We are not malicious about the real components of Saudi power. We oppose the presence of foreign countries in the region and their misdeeds in the region. We are opposed to giving part of the countries and their territory to establish a base for foreign countries. We are not opposed to the components of their authority. We regard their authority as our authority. Why do these countries align themselves with trans-regional powers and our enemies when foreigners interfere in our internal affairs? These questions need to be clarified, â€he concluded.