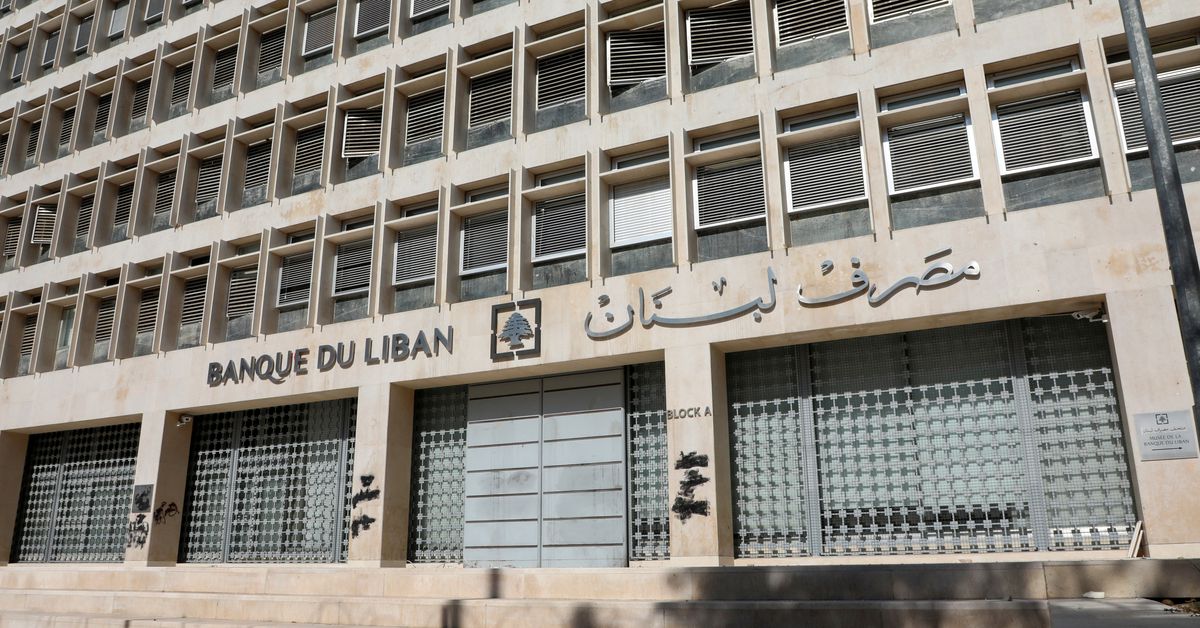 BEIRUT, March 9 (Reuters) – Lebanon’s central bank on Wednesday denied that its official foreign exchange platform had halted operations after the value of the country’s pound fell on the parallel market.

The bank said it continues to provide dollars without caps at the official rate announced on the platform. It has intervened to keep the pound broadly stable near this rate since mid-January.

The currency was changing hands at 22,000/22,500 to the dollar on the parallel market, a market participant said, compared to 20,200 reported by the central bank’s Sayrafa platform on Tuesday. It was previously down to 23,000.

The Lebanese currency has lost more than 90% of its value since Lebanon sank into a financial crisis in 2019. It had fallen to 34,000 before the start of central bank intervention.

Although the currency has all but collapsed, the official peg of 1,500 pounds to the dollar, introduced in 1997, remains in place – one of several officially recognized exchange rates.