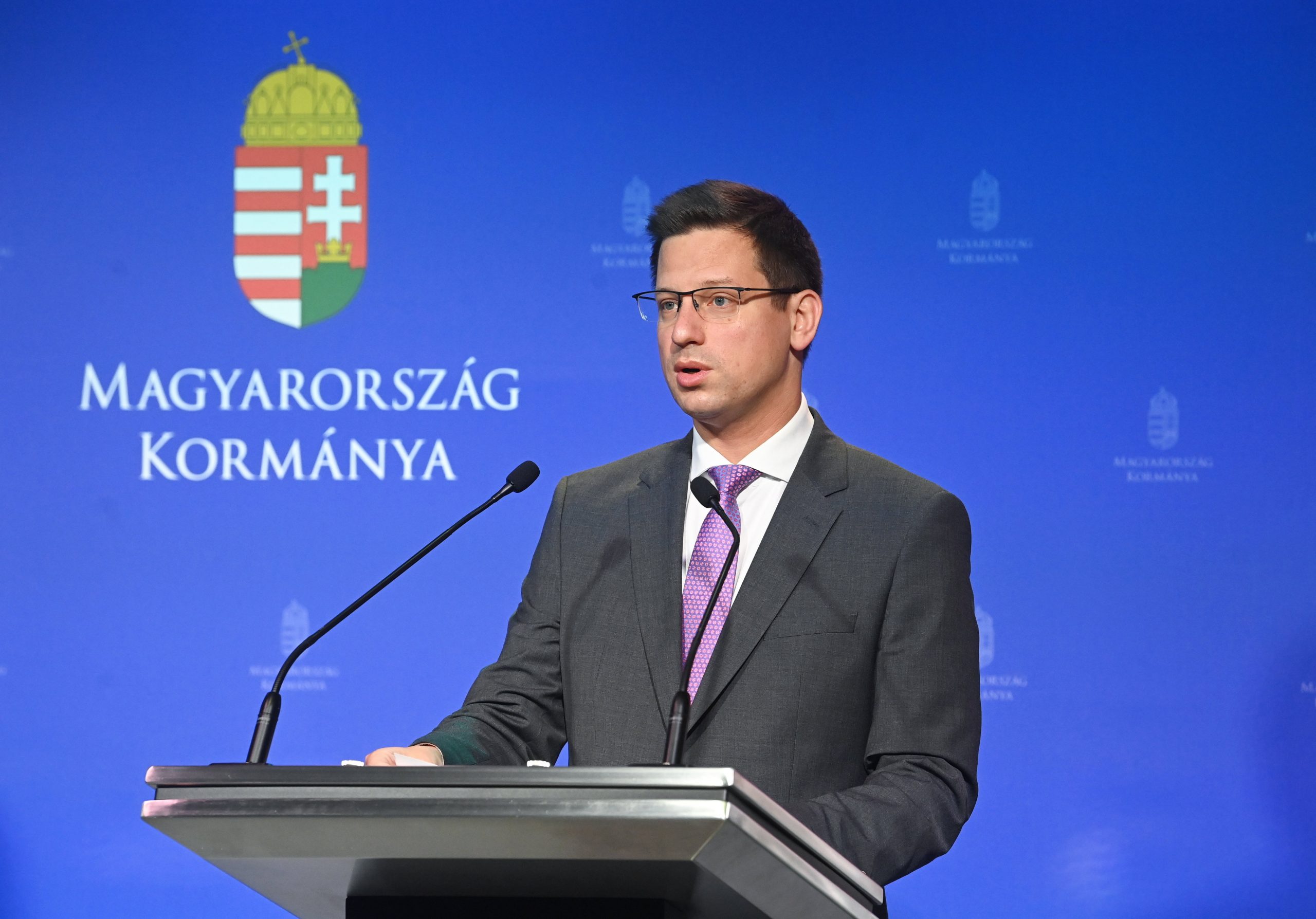 In an interview published Monday with hirado.hu, Gergely Gulyás, minister in the Prime Minister’s Office, said the goal of their policy is to form an alliance, not to stand out. Moreover, he also spoke about the politics of the opposition in Brussels.

Paradoxically, the main task is to show that we want to join the queue. So we don’t appreciate isolation per se, even though we have gained experience and there is some beauty to it – there are so many examples of heroic isolation in history and literature Hungarians – but our policy is to form alliances – at home and abroad. We want a strong European Union of strong nations and a strong Central Europe. We are never proud to be alone in EU debates, and we regret it when we have to be alone, but it is essential if we want to prevent decisions that ignore Hungary’s interests, said Minister in an interview with hirado.hu.

Gergely Gulyás said, among other things, that it is impossible to replace Russian oil with another, despite the fact that the government has done everything in its power in recent years to guarantee alternative energy sources. . Diversifying energy sources has been a constant goal for Hungary since the regime change more than three decades ago, he said.

“While Hungary’s post-communist governments all pretended to promote diversification, we were the ones who did the most…While the country could only import gas from Austria and Ukraine when we came to power in 2010, we now have interconnections with six of our countries. seven neighbours,” he said.

End of unlimited supply: MOL introduces a restriction from Friday

This decision may be justified by the recent revelation that fuel shortages are expected in Hungary in July and August.Read more

“The problem is that over the last thirty years, Europe has failed to meet the demand for alternative sources of raw materials and energy,” Gulyás said. “Until alternative sources are in place, we will be heavily dependent on Russian oil and gas. Once the Greek-Bulgarian interconnection is finally completed. we will also have the possibility of importing gas from Azerbaijan.

He said the government understood that the EU could not turn a blind eye to Russia’s aggression. Because the government did not want to break the bloc’s unity over its response, Hungary backed the first five sanctions packages against Russia, he noted. But when the sixth package was presented after member states reached consensus on rejecting the possibility of an energy embargo at the Versailles summit, Hungary had no choice but to make it clear that it was dependent on Russian oil for security of its energy supply, Gulyas added.

He also said the government wants Hungary to catch up with the standard of living in Western Europe. “This has been the objective of Hungarian policies since the regime change, and we have made great strides towards this goal over the past decades. We are still doing everything we can to keep it going. Gulyás said the average wage under previous socialist governments was lower than the current minimum wage, and living standards had increased over the past decade.

Minister of Foreign Affairs: the proposed ban on Russian oil supplies would ruin the national economy

The Hungarian government “will do everything to protect its economic gains”, he said.Continue Reading

Central Europe must maintain the competitive advantage it has over Western Europe in areas such as public safety, social peace, its opposition to immigration and the view that parents are right to think that their children could have a better life than theirs, Gulyás said.

He noted that Hungary’s GDP is 74% of the EU average, with the country overtaking Portugal. “But we have to keep moving forward, and the aim is to reach the EU average for the foreseeable future,” he said. “And if we continue at the pace we were in the previous government cycle, then – despite all the difficulties, the war and the recovery from the pandemic – we will also have reason to be satisfied with this cycle. ”

Regarding the Municipality of Budapest and Mayor Gergely Karácsony, Gulyás said that the government respects the rights and autonomy of local governments, as enshrined in the Basic Law. The government does not intend to force the municipality’s hand on contentious issues, “although we could go further if the relationship between the government and the municipality were not determined by party lines”, did he declare.

Gulyás called on the opposition to stop “trying to block agreements between Hungary and the EU at every moment, such as the agreement on the [pandemic] recovery fund and the 2021-2027 financial framework. These actions “do not harm the government but rather the teachers and doctors, whose salary increases would be financed by the funds”. He continued: “Whether it is a question of heart or color, we would welcome the opportunity to present a common political position on these issues. The first sign would be that the left-wing MEPs and their colleagues from the groups they defend stop stubbornly preventing Brussels from giving us the money to which we are entitled from the European Union under European law. EU, including money for teachers’ salary increases and doctors’ salary increases.

He said the government would welcome a cross-party stance on the issue, as “a first sign that the left-leaning MEPs and members of their party groups, whom they have sacked, will stop undermining our chances of receiving the funds of the EU to which we are entitled”. .”

Asked about the recently introduced windfall tax on large corporations, Gulyás said the current economic climate was determined by the recovery from the coronavirus pandemic, which caused inflation, and the war in Ukraine, which has exacerbated. Wartime inflation has a visible impact on the economy, and “it is still impossible to know how far it will go because no one can predict when the war will end,” he said.

Minister Gulyás: The government will extend the price caps

Gergely Gulyás announced in a regular press briefing that later this year a decision will be made on whether the circumstances warrant a further extension.Continue Reading

“The conservative and balanced economic policy pursued by the Hungarian government is the most effective response to this,” he said. “We are asking high-profit sectors, where profits have often increased during the crisis, to increase their share of the tax burden,” he stressed, adding that this is the reason for this, that they have a good chance of maintaining the budget deficit. to 4.9% this year, and that although the risks to the global economy next year are greater than at any time in recent decades, it is still quite realistic that they can reduce the budget deficit at 3.5%.

Thanks to these measures, Hungary is unlikely to exceed a budget deficit of 4.9% in 2022 and hopefully reduce it to 3.5% next year, despite the risks in the global economy, a- he declared.