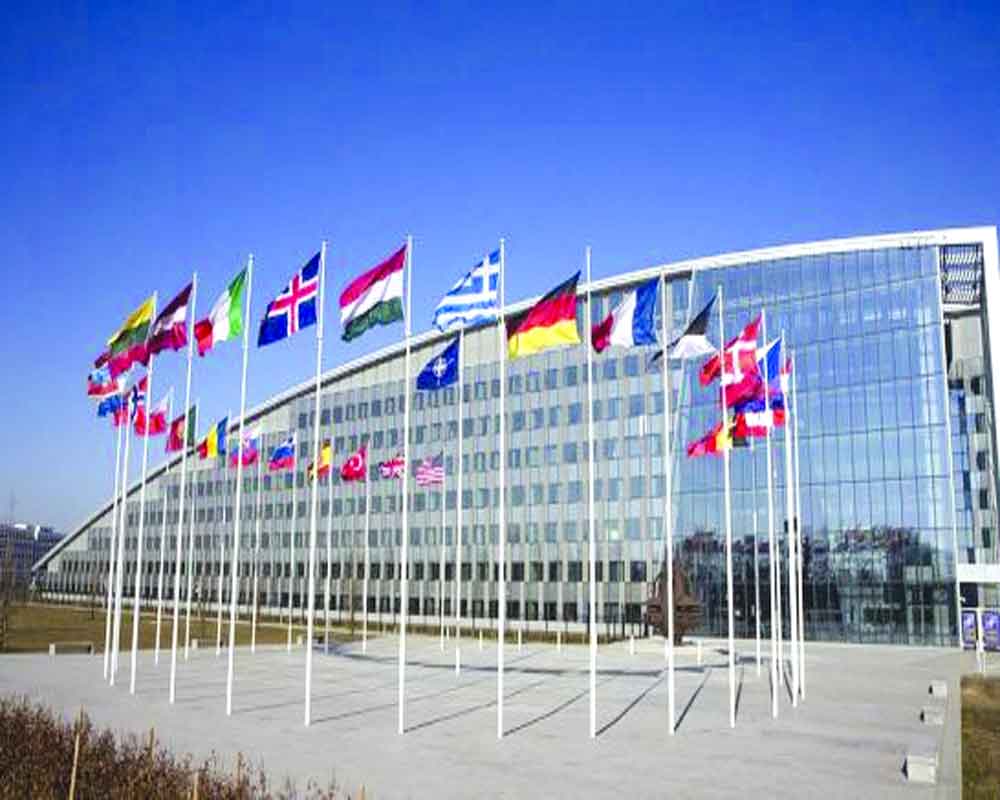 NATO must rethink its role to defend two fronts, in Europe and in the Indo-Pacific region

China’s hegemonic intentions are visible through its deteriorating relations with the West and India, rising tensions in the Taiwan Strait and the South China Sea, apart from human rights issues in Tibet and in the Xinjiang region.

The financial crises in Sri Lanka and Pakistan further aggravate matters. In 2020, China replaced the United States as the EU’s largest trading partner. By 2021, Beijing had built 50% of the total ships in the world. Through various mechanisms such as design collaboration agreements, cyber espionage, and acquisitions, China has copied innovative and advanced ship designs, putting the West’s future naval productions at risk. In a nutshell, the world is witnessing China’s coercive policies in international politics and geoeconomics, a deep-rooted civil-military fusion of espionage and dual-use production facilities, which raises questions of sovereignty for many country.

On the other hand, from the declaration of the French president in 2019 that NATO is “brain dead” to the 2022 Russian-Ukrainian conflict and the completion of the accession protocols of Sweden and Finland, l he alliance has been reinvigorated with its new transpacific identity. until the 2022 Madrid summit. Heads of state from NATO’s Asian regional partners – Australia, Japan, New Zealand and South Korea – attended the NATO summit, a new development indicating the horizons expansion of the militarization of Asia to counter Chinese hegemonic designs. The message is clear, NATO is pivoting towards Asia. The NATO 2022 “Strategic Concept” did not mince words to state that “the PRC’s hybrid and cyber malign operations and its confrontational rhetoric and disinformation target Allies and undermine Alliance security.” This strongly indicates that NATO is now prioritizing the Indo-Pacific region. Ahead of the 2022 summit, foreign ministers from these four countries met at the North Atlantic Council (NAC) in December 2020 for the first time to advance nascent multilateral interoperability in the Indo-Pacific. This was in the context of the “NATO 2030” expert think tank which had called China a “systemic rival in its own right, rather than a purely economic player or a purely Asia-focused security player”. .

However, President Barack Obama was the first leader to foresee the Chinese threat and announced the “pivot” policy in 2011 while addressing the Australian Parliament. Additionally, Secretary of State Hillary Clinton wrote an essay titled “America’s Pacific Century”, in which she argued for a “strategic shift in the region”, which indicated the move of the US Navy from West Asia to the South China Sea. The policy has not received much attention, given US commitments in West Asia and Afghanistan. Nonetheless, today’s shifting sands in the region, where the United States snowballed the peace process through the Abraham Accords and the Saudi-Turkish peace process, strongly indicate that the coming days in the Indo-Pacific will be very turbulent. From another essential point of view, the militarization of the Indo-Pacific region would also provoke a reaction from China and Russia, thus offsetting the relative peace on Russia’s eastern and southern borders. Over the past few decades, Russia has taken a relatively peaceful two-way approach to focusing entirely on its western front. NATO’s change in strategy would therefore be a test for Sino-Russian friendship, with Russia being more European-oriented.

Nevertheless, the prelude to the new cold war, the Russian-Ukrainian conflict, led to a consensus in Europe on the need to consider Russia as its main geopolitical challenge. At the same summit, NATO also decided to increase its rapidly deployable troops by 300,000 troops, in addition to doubling or tripling the brigade level in the Baltic states and five other frontline countries. In addition, he plans to increase ammunition and other supplies in response to Russian aggression. This overhaul of deployments would be completed by 2023. Currently, defense spending by its members will increase by 1.2% in real terms by the end of 2022. Simultaneously, as Europe seeks to reduce its energy dependencies, a relevant question which must be questioned both on what would be the share of NATO’s financial and military commitments towards, on the one hand, European Defense and, on the other hand, the containment of China in the region Indo-Pacific? Which objective would be a priority for European countries? Can they counter two threats at the same time? The conflict between Ukraine and Russia could continue for months or even years.

Moreover, what if China decides to invade Taiwan during the same period or creates crises in the Indo-Pacific region? Recall that during the initial phase of the Russian-Ukrainian conflict, France and Germany were reluctant to cut off their gas supplies. The future is difficult to predict, as are the subsistence levels of the multiple military alliances. What then happens to the security of the allies in Asia is worth pondering. Thus, NATO needs to develop a genuine transatlantic China policy in addition to Indo-Pacific deployments, which could make China more reactionary and possibly tempt it to test NATO unity.

Three crucial questions emerge regarding South and Central Asia and recent developments. First, attempts by Russia and China to expand their common sphere of influence to include countries with an anti-American outlook, such as Iran and Pakistan. The emerging counter-quad can present a formidable challenge to Western allies. Second, the destruction of Ukraine’s agricultural fertility will lead to an increase in demand for food grains. One of the most critical inputs for good agricultural products are phosphates, China-dominated supplies, which can be used as a key geopolitical tool against the West via supplier countries, especially in South and Central Asia. . Third, the impact of the conflict would be the increase in average earth temperatures, particularly in the Arctic region; the melting of the ice would therefore be a new strategic issue. The opening of new maritime routes, particularly in the Arctic, would place the Indo-Pacific region more at the center of gravity of new conflicts to come.

India is a firm believer in multipolarity and hence has its presence in the China-led SCOs, BRICS and RICs in addition to its strategic partnership in the Quad grouping. Prime Minister Narendra Modi’s multi-alignment policy has yielded positive results. With the militarization of Asia looming and the risk of clashes rising, the moment presents India with an opportunity to delicately balance hegemonic tendencies and democratic ideals without compromising the security and sovereignty of the India. For this, it becomes essential that the country adjusts its budget to quickly emerge as an autonomous defense actor to maintain strategic autonomy, otherwise it could be sandwiched between the geopolitics of the arms trade of the West and Russia. Even for a few years, some tough decisions to divert financial resources to local development and emergency purchases of cyber and space capabilities are needed. On the other hand, we also need to evolve our policies in case hegemonic tendencies pose an imminent threat. In such a case, New Delhi’s traditional ally, such as Russia, could side with China and thus allow India to find military and tactical support from willing partners, thus bringing about profound changes in the world. South Asian security architecture.