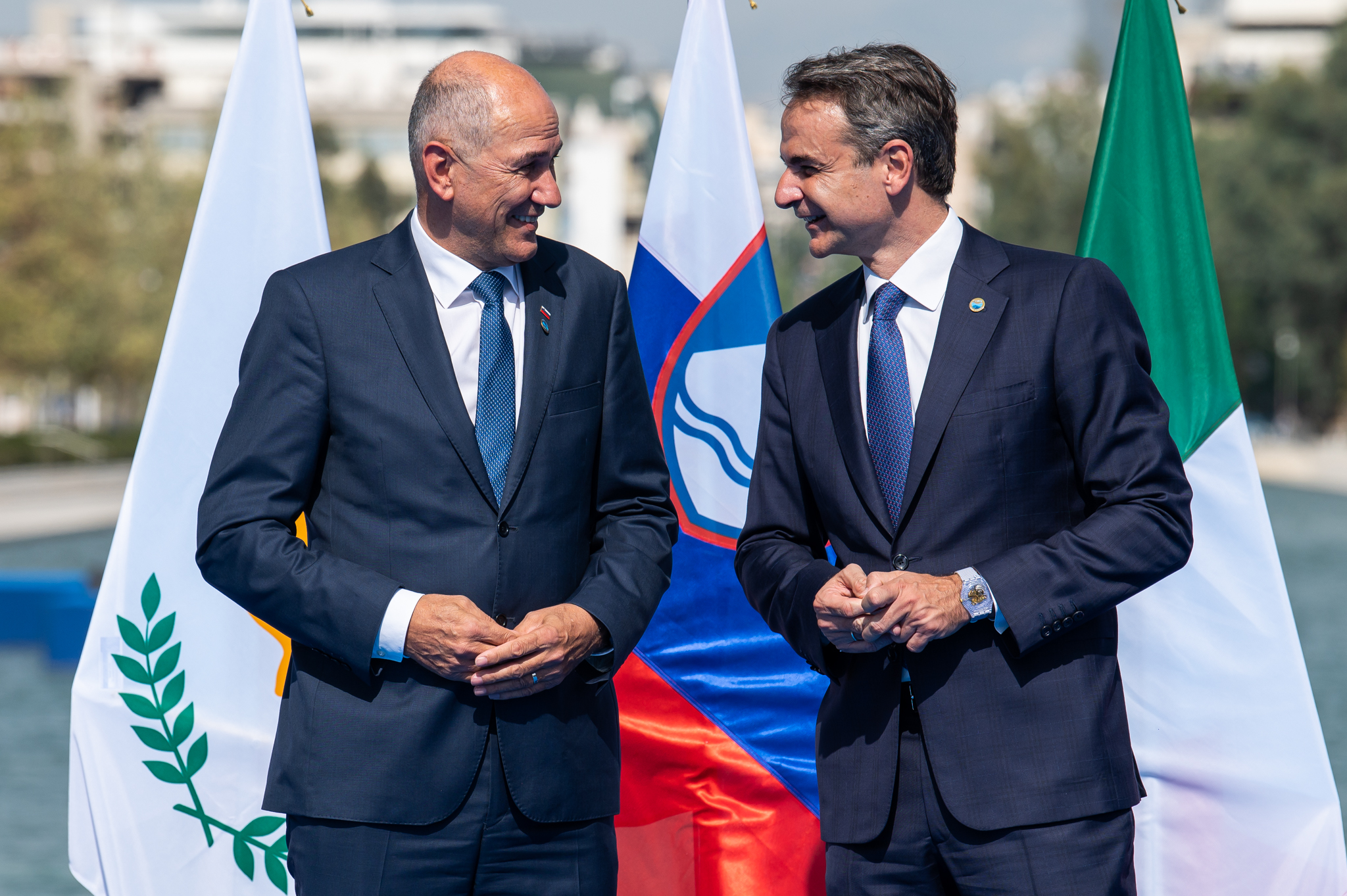 The current members of the Summit are Spain, Cyprus, Greece, France, Italy, Malta and Portugal. Slovenia’s accession to MED7 is the result of its efforts to increase its presence in the Mediterranean region, establish closer links with Mediterranean EU Member States and make Slovenia’s Mediterranean dimension more visible. The MED7 enlargement with Slovenia comes at a crucial time, with Slovenia assuming the Presidency of the Council of the EU, which gives Slovenia and the group additional importance and weight. With the agreement of all Member States, Slovenia has joined the club of countries, grouped according to their geographical location, sensitivity and affinity for Mediterranean issues within the EU. Slovenia also underlined its political contribution and the potential it brings both with its Mediterranean, Central European and Pannonian dimensions, as well as in its role as countries chairing the Council of the EU, which offer the enlarged group a complement, added value.

Upon arriving at the meeting, Prime Minister Janez JanÅ¡a acknowledged that this was Slovenia’s first participation in the Mediterranean Summit. “It is a great honor for us and we look forward to continuing our cooperation,” he added. He also underlined that joining this group was a good opportunity for Slovenia, which currently holds the Presidency of the Council of the EU. “It is also a good opportunity to discuss the urgent topics that we are trying to tackle at European level.”

At this year’s MED7 Summit, renamed EUmed, the impact of climate change on the Mediterranean was the first topic discussed. It was followed by a debate on security and stability in the Mediterranean and the Middle East, the European agenda and the promotion of a renewed partnership with the countries of the southern neighborhood – which is a new agenda for the Mediterranean. A debate on digital transformation and green transition, as well as post-pandemic economic recovery, also took place in plenary session.

After the meeting and before the working dinner, a press statement was made in which all the leaders present at the summit took part. Prime Minister JanÅ¡a reiterated that it is a great honor and pleasure for him that Slovenia has been admitted to the MED-7 group of countries today. â€œIt’s a special moment for us. The enlargement of MED-7 takes place at a crucial time and during the Slovenian Presidency of the Council of the EU. This gives Slovenia a new opportunity to coordinate open issues at European level, â€Prime Minister Janez JanÅ¡a said. He also thanked his colleagues from Mediterranean countries for their support.

“As the Greek Prime Minister Kyriakos Mitsotakis said, we have discussed various topics today, and it should be noted that all the important topics do not concern only the Mediterranean countries, but the EU as a whole. “, declared the Prime Minister.

Although not foreseen, today’s discussions also touched on topics related to the Conference on the Future of Europe, underlined the Prime Minister. According to him, the most important topic of the discussions today was the strategic autonomy of Europe. â€œWe also talked about climate change, migration, recovery from the epidemic, resilience of the economy, in short, all the important topics which are also of a strategic nature,â€ Prime Minister JanÅ¡a said.

Finally, he underlined that Slovenia is a Mediterranean country which will also advocate the implementation of the slogan of its Presidency in a Mediterranean framework: Together. Resistant. Europe.

Today’s meeting continued with a working dinner where discussions focused on the situation in Afghanistan and cyber threats.