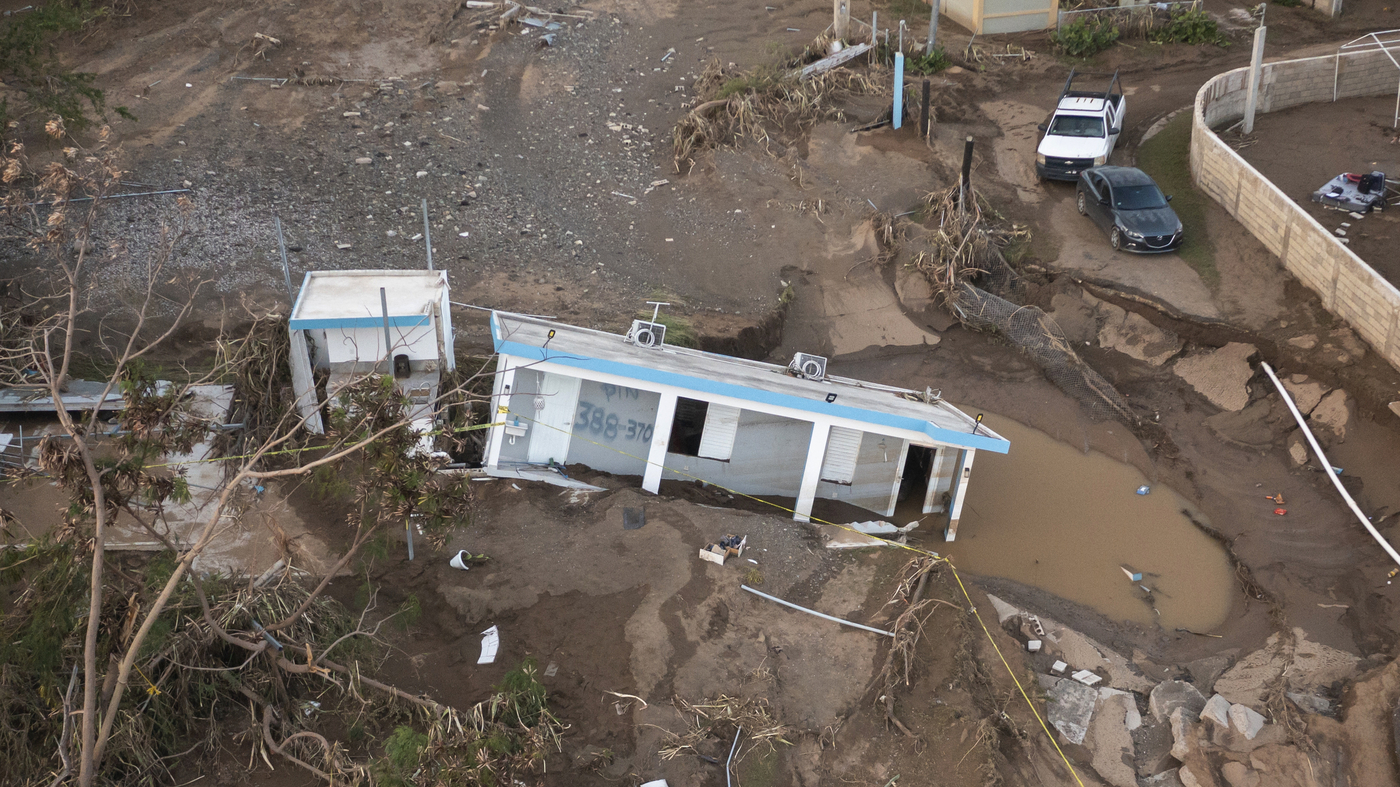 A house lies in mud after being swept away by Hurricane Fiona at Villa Esperanza in Salinas, Puerto Rico, Wednesday, Sept. 21, 2022.

A house lies in mud after being swept away by Hurricane Fiona at Villa Esperanza in Salinas, Puerto Rico, Wednesday, Sept. 21, 2022.

SAN JUAN, Puerto Rico — The governor of Puerto Rico on Tuesday called on the U.S. government to waive a federal law to allow more fuel shipments to the island amid concerns about dwindling diesel supplies to the aftermath of Hurricane Fiona.

Governor Pedro Pierluisi has warned that a fuel shortage will affect public health, safety and government functions on US soil.

“Diesel supply continues to decline at a higher than expected rate, and shortages have been reported across the island,” he wrote.

The law Pierluisi is referring to is the Merchant Shipping Act of 1920, better known as the Jones Act, which requires that all goods transported to Puerto Rico be on board a vessel built in the United States, owned and equipped by US citizens and flying the US flag.

The law was lifted in previous storms, but US President Joe Biden did not respond to Pierluisi’s petition.

Pierluisi’s letter comes as a British Petroleum vessel with 300,000 barrels of diesel has been floating off Puerto Rico’s south coast since Sunday, awaiting entry.

San Juan Archbishop Roberto González Nieves also called on Biden to waive the law, saying the measure makes it difficult for Puerto Rico to recover and rebuild because it drives up the prices of materials.

He also said that despite authorities saying the majority of homes on the island have electricity, “this does not align with our lived experience”.

“If this is not addressed immediately, we will face a deeper crisis in Puerto Rico,” he wrote in a letter to the president.

A group of Puerto Rican lawmakers, including the speaker of the island’s House of Representatives, were at a meeting at the White House with officials to seek a temporary waiver of the law, fearing that elderly people could begin to die as they did after the hurricane. Maria, which hit as a Category 4 storm in September 2017.

Local and federal officials have long called for a permanent repeal of the Jones Act, saying it has driven up prices and crippled Puerto Rico’s economy.

Pierluisi asked Biden for a limited waiver to ship petroleum-derived products and liquefied natural gas to at least nine specific ports around the island.

“This specifically targeted and temporary assistance would allow Puerto Rico to diversify its fuel sources, ease supply constraints and mitigate the risk of fuel shortages amid the response to the emergency caused by the hurricane. Fiona,” he wrote.

The Category 1 storm rolled into the southwestern region of the island on September 18, causing an island-wide power outage. As of Tuesday, power had been restored to more than 70% of the 1.47 million customers, driving up demand for diesel as businesses, government agencies and homeowners continue to rely on generators.

At a press conference on Tuesday, Josué Colón, executive director of the Electric Power Authority of Puerto Rico, surprised many as he became emotional and wiped away tears as he spoke.

“When you say to yourself, ‘We have to pick it up one more time,’ you can’t stop thinking about the family,” he said, referring to the island’s power grid which was razed by Hurricane Maria in 2017 and pummeled by Fiona.

Government officials said 77% to 91% of customers could be powered by Friday, adding on Tuesday that the remaining 9% in areas hardest hit by Fiona could soon be connected.

“We hope in a few days,” said Daniel Hernández, an engineer at Luma, the private company that took over the island’s electricity transmission and distribution last year. “It’s not Maria.”

However, the governor warned at the press conference that “we still have a long way to go to fully recover.”