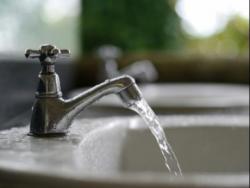 National Water Commission (NWC) authorities expect deteriorating water quality from the Rio Cobre, which has forced the company to close its Spanish Town treatment plant in Sainte -Catherine, fades away by today.

Two weeks ago, the river that supplies the inhabitants of Sainte-Catherine with drinking water and which is also a source of economic well-being for some people, was allegedly contaminated by a chemical spill from the bauxite company Windalco which killed hundreds of fish downstream in the nearby Bog Walk.

NWC Water Production Manager for St Catherine Calvert Davis said the current situation has nothing to do with the spill since it was cleared up and the plant had restarted.

But while he was able to determine the level of turbidity in the river, he could not explain the lower pH level which he said was below seven, which is the threshold for drinking water.

“The situation with the chemical spill has been resolved and the plant has restarted, but what we experienced on Tuesday is high turbidity and low pH levels,” Davis said. The gleaner.

According to him, the NWC was unable to determine the cause of this level of deterioration, which was first detected on Tuesday during heavy rains.

Davis said the water commission had meanwhile turned to Eastern Wells and other sources in Spanish Town to supply the parish with water.

He said one of the fallout from the closure of the treatment plant is the low water pressure residents are experiencing.

“In the meantime, we will continue to run hourly tests of the water coming from the Rio Cobre to see when the situation improves,” Davis said, adding that tests carried out so far have shown the pH level to be increasing. .