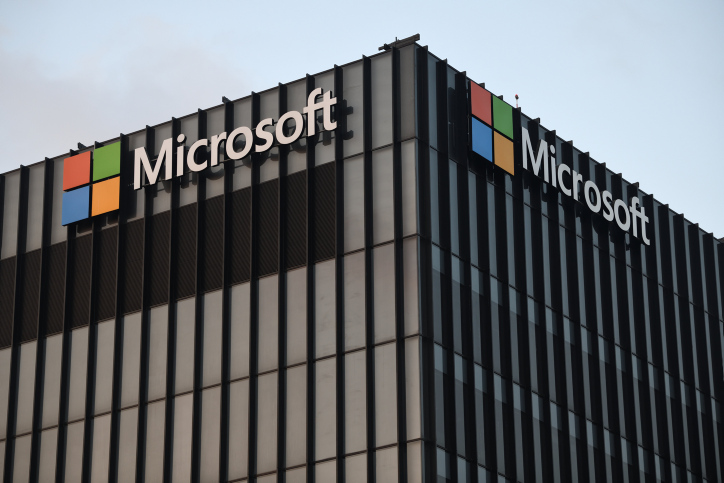 The blessing and potential curse of prosperity

(October 3, 2021 / JNS) The story of Israel’s rebirth – the return to the land, its resettlement and flourishing – had very little to do with material wealth. The ethics of the kibbutz movement were in fact deeply anti-materialist, and often self-righteous.

Numerous kibbutznikim had been middle-class Europeans who abandoned a bourgeois lifestyle in favor of a harsher, straightforward, land-enthralled lifestyle of collective responsibility. Material wealth was often frowned upon as being decadent or, at a minimum, an obstacle to the work in progress, which was the restoration of the land under Jewish sovereignty.

Under the sway of socialist-oriented governments and rulers, Israel has experienced a lackluster economy for decades. And the specter of material wealth was the province of “18 families”, a part of the population that was really rich. There was a small middle class and the immigrants who, as the old joke said, came to Israel to become millionaires by arriving multimillionaires.

The history of Israel’s economy and wealth accumulation over the past 20 years stands in stark contrast to its earlier history. The confluence of several factors, including brain-draining, a philosophy of innovation and high risk tolerance, and reduced government regulations and restrictions, all combined to create the “start-up nation.”

But what really sent the startup into the economic stratosphere is the simple reality that what Israel is brilliant in innovation, the world wants it in a major way. This fact, combined with the happy reality that such innovation did not have to be terribly capitalistic, provided the perfect positive storm for Israel’s economic advancement.

Nowhere has this advance been more significant, pronounced or visible than in the technology sector. While it is estimated that around 10% of Israel’s workforce is dedicated to technology, the per capita impact of technology workers is estimated to be between 20 and 30% of economic output and business creation. wealth of Israel.

In other words, tech workers are paid better, in many cases paid much more, than the average Israeli.

While we can dedicate chapters to the implications of a booming tech industry, suffice it to say that this is a mixed blessing. Such prosperity has filled the government’s tax coffers, allowing it to do more on behalf of all people. Technological success has had a pronounced ripple effect, creating and benefiting service industries and providing more variety and diversity in areas such as food and clothing and, for those who can afford it, housing. and automobiles.

Such prosperity has placed Israel at the table of the world’s major economies, as confirmed by its admission to the OECD in 2010. Moreover, economic success has made Israel a more attractive country. alyah possibility for many Jews in more developed countries, whose Zionist aspirations were often inhibited by fear of suffering a huge economic downturn. Not anymore.

This is the good news. And that is good news, indeed, because, as one American expert put it, “Rich or poor, it’s good to have money.”

So where does the downside lie? First of all, wealth disparities have always been with us, and probably always will be. There was, however, understandable concern about the growing, almost unprecedented disparities in wealth that now define much of the West.

I would say that such disparities in itself should not be problematic. The question has become how these disparities have been used by the uber-rich, and the resulting mindset that has taken hold.

Each year the global elite meet in Davos, Switzerland to validate their own economic supremacy and act as an irresponsible super-legislature on behalf of the rest of us. Most recently, the Davos crew launched the Great Global Reset, an initiative that, under their auspices, will address climate change and other global issues, such as population growth.

If your stomach is contracting, there’s a good reason for it. Basically, these are plutocratic initiatives, where the oligarchs of wealth and privilege decide what is in the best interests of the rest of us.

What characterizes these gatherings and this agenda is the strong feeling that each of the participants can relate more easily to their global counterparts than the unwashed big ones among their own citizens.

Not only that. It is presumed both that the unwashed do not know what is in their best interests, and also that, therefore, only the elites should be empowered to decide.

The trend is therefore towards more internationalism, here with an economic vocation, and a decoupling of the elites from their own nations.

The global power of high-tech companies, such as Google, Facebook, and Microsoft, is also indicative of global forces that increasingly see their missions in both international and super-legislative modes.

The result of this situation will be a growing bifurcation of individual societies, with members of the larger milieu feeling that their elites are not focused on their well-being; worse still, where ordinary people believe that the elites are willing to sacrifice the interests of the middle class in favor of a larger, more abstract agenda.

It is increasingly the disaster unfolding in the United States, where progressive policies not only divide the nation politically, but also give the elites a program to drive a deeper existential rift in the country.

How does all of this affect Israel? The answer today is that we don’t know yet, but the country must be very concerned and ready to do everything to prevent this bifurcation phenomenon from happening.

While every society aspires to unity, Israel’s ultimately depends on it. Few, if any, countries in the world – certainly not the rich and developed countries of the West – face existential threats at their borders. Such threats have generally fostered a sense of oneness, a fundamental understanding that whatever our other differences, Israelis must stand together or we will all fall together.

I pray that Israel does not cultivate a detached elite, driven by new wealth, which finds more affinity with international elites than with its fellow Israelis. Ironically, such an effort would seriously backfire, as global elites hate Israel’s nationalist character and also embrace the Palestinians as a show of virtue.

So cowardly Israeli elites in search of international comradeship will inevitably have to turn away from their own compatriots and, perhaps, turn to them for such unattainable acceptance.

How can Israel proactively tackle this situation so as to prevent the dreaded outcome? Ensuring that national service continues to be honored by the children of the elites is a must. For the record, I hear about a growing number of wealthy families who are looking at how to keep their children out of the Israel Defense Forces. It must stop.

Some kind of Jewish participation would be an excellent antidote to separation and dissociation. Above all, Jewish youth must continue to learn Zionist history and values, with the fundamental message that we are all part of a people who have been fortunate enough to return to their ancestral homeland, under Jewish sovereignty.

Prosperity in Israel is a great blessing, but one that must be geared towards the greater good of its citizens, and never be allowed to become an element of division.

Douglas Altabef is Chairman of the Board of Im Tirtzu and Director of the Israel Independence Fund. He can be contacted at [email protected].