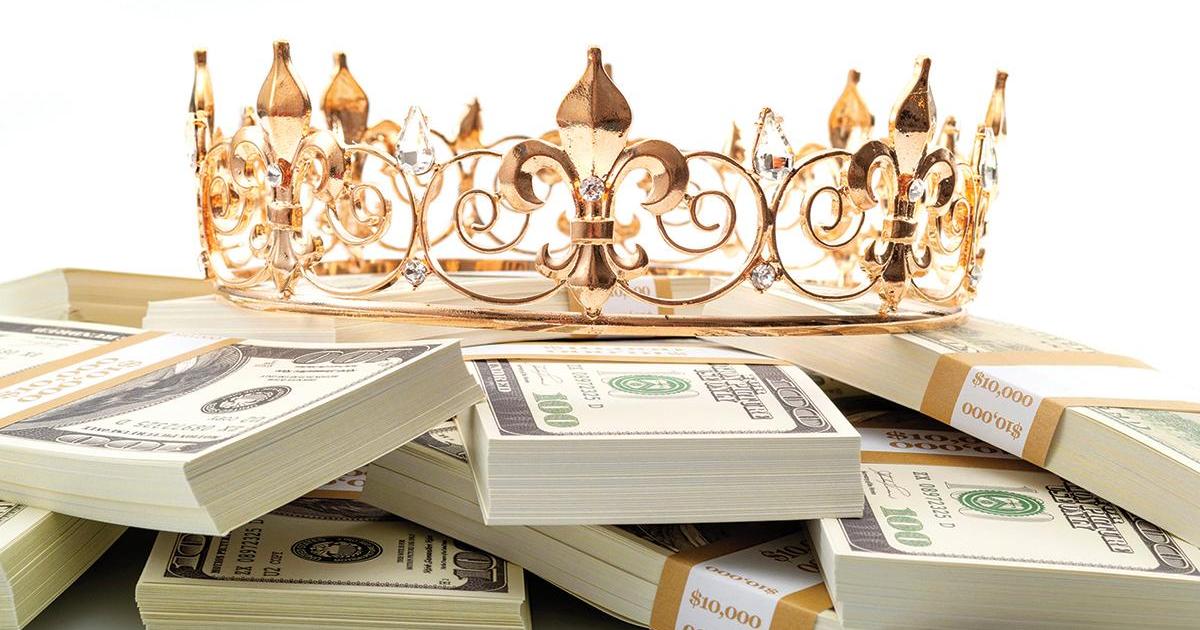 The enigmatic smile of the American dollar

The risks we face in exposing ourselves to the vagaries of exchange rates are regularly underestimated. I have friends who work for international organizations like the UN, IAEA or EBRD who have opted for a dollar pension. It sounded very appealing at the time: when the euro was launched it was worth 30% less than it is today. Unfortunately for them, this is no longer the case. Worsened by inflation, their pensions have practically halved. Over a decade ago, when interest rates were still blatantly high, many Europeans were pushed into low-interest mortgages denominated in Swiss francs. But in 2011, the Swiss currency jumped 40% in a matter of days and has been climbing steadily since – a change that burdened borrowers with outstanding debt they couldn’t afford. Many have gone bankrupt.

Our investments made in US dollars or other foreign currencies are exposed to the same risk. It is always surprising how much the value of our portfolio, whether it is stocks, bonds or gold, can fluctuate against our national currency. A stronger dollar makes investments in US assets, whether they be bonds, stocks or real estate, more expensive, and therefore less attractive. A weaker dollar will hurt the value of the investments we have already made. Money invested in emerging markets will also be threatened by a strong dollar, as it will become more difficult to repay foreign currency loans or attract investors to local assets that depreciate rapidly.

It is therefore tempting to try to anticipate currency movements. A lot of people do it for a living. They are traders working for banks, brokers for clients or speculators on their own account. Changing money is as old as human commerce. The Babylonians were as concerned as exporters are today about how to convert their income in foreign countries into something more meaningful at home, where cowries were generally less valued. We thus naively assume that trade flows, the export of goods and services, are the basis of currency valuations. A country like the United States, with a chronically negative trade balance – imports far more things than it exports – would continually weaken its currency as foreigners have to sell dollars to convert them into their national currency.

Just looking at the size of the forex markets should make us rethink. Currencies worth $ 7 trillion change hands every day, 18 times more than world trade. Even including direct investment flows, it is clear that foreign exchange trading overshadows the real needs of exporters and manufacturers. Forex trading is highly speculative, driven by macroeconomic trends, momentum and reflexivity – our assumptions about the thinking of others.

Forex traders are generally young, don’t last long in their stressful jobs, and don’t make a lot of money on an ongoing basis. It is estimated that only 15 percent of all trading is profitable. Losses are usually realized at the end of a trading day. The main players in this zero-sum game – one’s losses are another’s gains – are JP Morgan, Deutsche Bank, Citi Bank, XTX Markets and UBS acting on behalf of clients or on their own account.

Most exchanges have the United States in mind. In almost 90% of all transactions, currencies like the euro, yen, pound or, lately, cryptocurrencies are measured and traded for US dollars. If one wished to buy a more exotic currency like the Malaysian ringitt, most banks would calculate the exchange rates via the US currency. Note to self: This puts the recently graylisted Maltese banks at a disadvantage, as offsetting the dollar becomes more difficult.

Most professionals today are pessimistic about the outlook for the dollar. They point out the aforementioned trade deficit and the rapidly growing US budget deficit and claim their compelling influence. Both deficits must be made up by foreign investors, who would like to receive higher interest rates to offset the growing indebtedness of the United States. Yet asset purchases by the Fed continue to keep interest rates frozen. The exchange rate should therefore give way. As I said above, when the dollar becomes cheaper, all US assets become much more affordable, and therefore more profitable, for foreign buyers. Money will continue to flow, even at unsatisfactory interest rates. The theory of the impact of the double deficit is so far sound only in theory. In practice, a currency can only lose value in relation to others. For the dollar to get sick, other currencies would have to be in poor health – at least in theory.

After a very successful vaccination campaign and generous fiscal and monetary assistance, the US economy is currently ahead of most other economies. Companies are posting record profits, unemployment is falling, real estate and stock markets are booming, and most importantly, bond and dividend yields are much higher than in other major economies. It is very difficult for an investor to settle for a bonus of minus 0.2% for German Bunds, while Treasuries bring in plus 1.5%. A growing inflation gap could change that calculation, but growth-linked inflation may still look more attractive compared to deflationary stagnation elsewhere. Others may catch up with the United States, or even leave America in the rearview mirror, but so far that doesn’t seem very likely.

And then there is the annoying phenomenon of the dollar’s â€œsmileâ€. When the going gets tough, when markets shake and fear spreads, the US currency and its sovereign bonds have traditionally been viewed as a safe haven no matter what.

The dollar is the most important currency in the world, and because the United States can freely print greenbacks, it cannot go bankrupt either – hence the dollar’s appeal as a sanctuary. When the subprime mortgage crisis in the United States triggered the Great Recession and doomed banks and sovereign states, investors sought refuge in dollar bonds.

Only in temperate circumstances, when the US economy is slightly disadvantaged relative to others, will the dollar weaken. In extreme circumstances, for better or for worse, it will increase.

For us retail investors who do not wish to forgo the returns and capital gains of US assets, exposure to potentially painful currency risk will ensue. Since all hedging tools have fixed expiration dates, whether they are swaps or futures, we can never get the timing right. Our investments, which are generally spread over long and ill-defined periods, are not suited to techniques with firm expiry dates. To neutralize currency movements impacting our portfolio, we must therefore distribute investments over the main blocks of currencies, while maintaining a solid base in euros. Over time, the exchange rates will balance out and we will be able to keep smiling even when the dollar frowns.

The purpose of this column is to expand the general financial knowledge of readers and should not be construed as offering investment advice, or advice on buying and selling financial products.

Independent journalism costs money. Support Times of Malta for the price of a coffee.