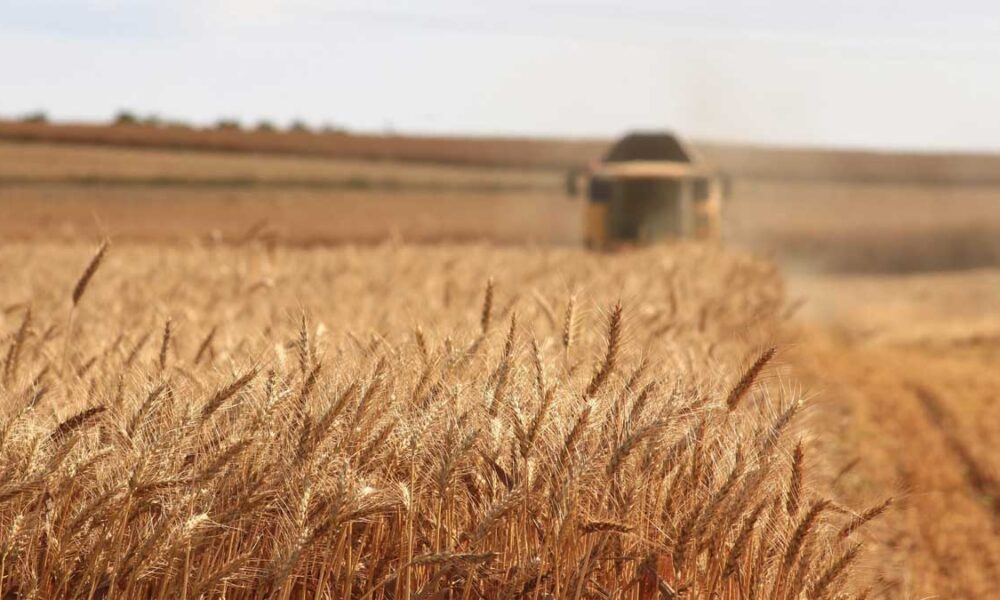 The MENA region has a food security problem, but there are ways to solve it

A year of diplomatic relations between the UAE and Israel has proven to be mutually beneficial. The question is whether the assumptions underlying the UAE initiative that led three other Arab countries to formalize their relations with the Jewish state as well will prove correct in the medium to long term.

UAE Crown Prince Mohammed bin Zayed set out the strategic assumptions behind his establishment of diplomatic relations, as well as its timeline, in a conversation with Joel C. Rosenberg, an American-Israeli evangelical author and activist, 18 months before the announcement.

The account of this conversation by Mr. Rosenberg in a recently published book, Enemies and Allies: An Unforgettable Journey Into the Fast-moving and Immensely Turbulent Modern Middle East, constitutes a rare first-hand public account of the thought of the Emirati leader.

Mr Rosenberg’s report on his conversation with Prince Mohammed is largely paraphrased by the author rather than supported by quotes. The United Arab Emirates’ interest in forming good relations with American evangelicals as part of their efforts to obtain soft power in the United States and project themselves as an icon of religious tolerance, and Mr. Rosenberg’s desire to serve this purpose, add credibility to the author’s revelations.

Mr Rosenberg’s reporting, whether intentionally or unintentionally, laid bare the potential long-term fragility of the relationship that is evident in Prince Mohammed’s timeline for the recognition of Israel by the UAE as well as the assumptions upon which the Emirates have argued that the relations will contribute to a resolution of the Israeli-Palestinian conflict.

What emerges is that the UAE and Israel have a geopolitical interest in cooperating to contain Iran and the militias in Lebanon, Syria, Iraq and Yemen that are associated with the Islamic Republic. They also derive economic benefit from the formalization of a de facto long-standing relationship.

As for the Israeli-Palestinian conflict, however, the implication is that public support for the relationship could prove to be inconsistent even if comments on social media in a country that closely monitors free speech were dominated. by supporters of the UAE government.

Prominent UAE political analyst Abdulkhaleq Abdulla described the public support as “a show of support for the government. rather than a show of support for “normalization” (with Israel) as such. Mr. Abdulla was speaking in May as Israeli warplanes bombarded the Gaza Strip in a conflict, sparked by protests in East Jerusalem, with Hamas, the Islamist group that rules the territory.

It was this sensitivity that persuaded Prince Mohammed that the door would close on establishing diplomatic relations with Israel without a solution to the Palestinian problem if Israeli Prime Minister Benjamin Netanyahu proceeded with his plan to annex parties. of the Israeli-occupied West Bank. during the Middle East War of 1967.

â€œThe only way to stop Netanyahu from taking over what the Emiratis considered Palestinian land was to become a full-fledged godfather and make Bibi an offer he couldn’t refuse,â€ Mr. Rosenberg referring to Mr. Netanyahu by his nickname.

A proposal by the Trump administration that the UAE and other Arab states sign a non-aggression and non-belligerence pact with Israel without establishing diplomatic relations with the Jewish state gave Prince Mohammed the opportunity to advance his plan.

â€œMbZ was open to the idea, but now he realized that it would not be enough to alienate Netanyahu from his desire to annex large swathes of the West Bank. The only way to get what he wanted, MBZ admitted, was to give Netanyahu what he wanted most – full peace, full recognition, full normalization. But MbZ should move quickly â€to beat Israeli Prime Minister Rosenberg, referring to Prince Mohammed by his initials.

Establishing diplomatic relations promised to be “a 360-degree success, which goes beyond trade and investment,” Rosenberg said, citing Gargash.

UAE Economy Minister Abdulla Bin Touk said the UAE is hoping increase trade with Israel to US $ 1 trillion over the next decade. Emirati officials also predicted that strong cultural and people-to-people ties – absent from Israel’s initial peace treaties with Egypt and Jordan in the 1980s and 1990s – would shape a skeleton of Arab-Israeli relations. and ensure that Israel refrains from acts like annexation that would upend the apple cart.

Mr. Netanyahu’s successor, Prime Minister Naftali Bennett, has put those hopes to bed. He unequivocally rejected the notion of an independent Palestinian state alongside Israel, refused to negotiate peace with the Palestinians during his tenure, and suggested that improving social and economic conditions would satisfy Palestinian aspirations.

This could prove to be a risky bet given the shift to the right in Israeli public opinion, the growing influence of conservative religious segments of society and the fact that the estimated 600,000 Israelis who inhabit the settlements built in the West Bank and in East Jerusalem make a two-state solution impossible de facto. This would leave a one-state solution as the only solution.

For this to work, the Palestinians would have to adhere to Mr. Bennett’s approach which is informed by the concept of “Reduce conflict” which seeks to marginalize the Palestinian problem, put forward by Micah Goodman, an Israeli academic who chose to build a house in a West Bank settlement.

“Twenty percent of Israelis are in extremes, either to withdraw from the territories or to annex them,” Goodman said. â€œThe remaining 80 percent who don’t want to rule over or abandon the territories have no way of talking about the conflict, so they just don’t think about it. What is the tragedy of the Israeli center.

Reducing conflict rather than resolving it is what Goodman calls “replacing indifference with pragmatism”. He suggests that initiatives such as creating corridors between Palestinian enclaves in the West Bank and a border crossing to Jordan “to the level that the Palestinians feel they are governing themselves, without the capacity to threaten Israel” would prompt the Palestinians to join. its design. Mr. Goodman’s plan would ensure, in his own words, that the Palestinians “get nothing like the right of return, a state or Jerusalem.”

Prince Mohammed appears, based on Mr. Rosenberg’s account of his conversations with the UAE leader and other Emirati officials, to have taken this approach.

“MbZ believed that by breaking the mold and making peace with Israel without giving the Palestinian leadership a veto over his freedom of movement, he could open the door for other Arab countries to see the benefits and follow suit,” Mr Rosenberg wrote.

Bahrain, Sudan and Morocco quickly followed the example of the United Arab Emirates. Some 300 Iraqi tribal and religious leaders, activists and former military officers last week called for diplomatic relations with Israel at a rally in the Iraqi Kurdish town of Erbil.

â€œJust as we demand that Iraq achieve federalism at the national level, we demand that Iraq adhere to the Abrahamic Accords at the international level. We call for full diplomatic relations with Israel and a new policy of mutual development and prosperity, â€said Wisam Al-Hardan, spokesperson for the group and a former tribal militia leader who aligned with the United States to fight al-Qaeda in 2005.

Mr. Rosenberg noted that “as more Arab states normalized their relations with Israel, MbZ and his team believed that this could create the conditions under which the Palestinians could finally say yes to a comprehensive peace plan on their part with Israel. “.

This may turn out to be overly optimistic. Addressing the United Nations General Assembly this week, President Mahmoud Abbas warned that the Palestinian Authority to withdraw recognition of Israel and bring a case against Israel in the International Criminal Court if Israel does not withdraw next year from the West Bank and East Jerusalem and lift the 14-year blockade of the Gaza Strip.

The assumption underlying Prince Mohammed’s hopes that the Palestinians, along with Syria, Jordan and Lebanon for that matter, would eventually align, creates a false equation between most Arab states and those bordering on Israel or under Israeli occupation.

Most Arab states like the United Arab Emirates have existential issues with Israel that need to be addressed, making public opinion the biggest potential constraint on recognition of the Jewish state. There is no doubt that for the Palestinians the problem is nothing but existential. The same goes for Jordan which has historical ties to the West Bank and whose population is more than half of Palestinian origin.

Likewise, Lebanon and Syria host a large number of Palestinian refugees. In addition, Syria has its own problems with Israel as the latter has occupied the Golan Heights since 1967.

Improvements in social and economic conditions for Palestinians are unlikely to meet their minimum needs or those of Israel’s immediate neighbors. Not to mention what the accelerated prospect of a de facto one-state solution to the Palestinian problem would mean for an Israel faced with the choice of being a democratic state in which the Palestinians could emerge as a majority or a Jewish state that would endure itself. gets rid of its democratic character. and claim to be inclusive towards its citizens.

Banks are a force in gold lending thanks to NBFCs

… takes the exchange rate war to the streets