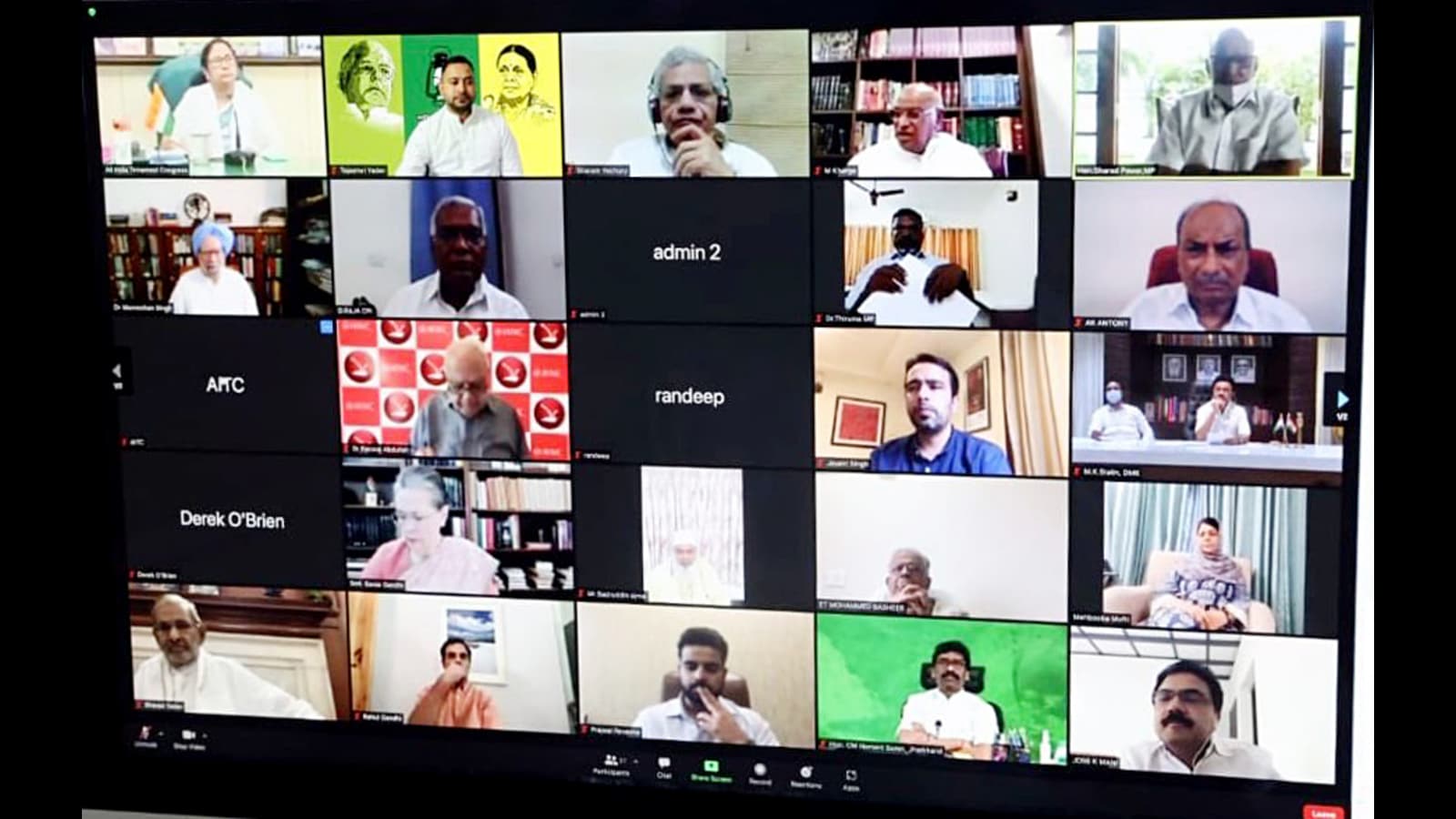 The quest for a united front

It is clear that the most serious attempt to unite the opposition since 2014 is underway. But there are several challenges to overcome: Leadership; identifiable problems; and the weak link, the Congress

On Friday, Congress President Sonia Gandhi called a meeting of the opposition parties with one message: it was time to launch a united offensive against the government led by the Bharatiya Janata Party (BJP). The meeting built on the coordination that was visible between the non-national forces of the Democratic Alliance in Parliament during the monsoon session. He also saw the participation of a series of other leaders, from Mamata Banerjee whose success in Bengal emboldened the opposition and whose national ambitions are now quite evident to Sharad Pawar, considered the great old man of the opposition with the resources, networks and skills to reach across party lines. The meeting ended with a statement criticizing the governance of the Center – with a focus on Covid-19 and vaccine policy, economic management, Pegasus, agricultural laws, the planned privatization of public sector units and the erosion of fundamental rights, among others.

It is clear that the most serious attempt to unite the opposition since 2014 is underway. True, there have been attempts to bring disparate parties together – the Janata Dal (secular) -Congress alliance in Karnataka was motivated by the desire to keep the BJP out but lasted just over a year; in Uttar Pradesh, the Samajwadi Party (SP) and the Bahujan Samaj Party, as well as the SP and Congress, have allied against the BJP with little success. But there appears to be a deeper recognition of the scale of the challenge posed by BJP’s dominance. She is organizationally and financially ahead of others; to Narendra Modi, he has the most popular leader in the country; he has shown a remarkable ability to weave together welfare, religion, nationalism and caste; and it has the ability to cripple the opposition.

All of this has made opposition leaders realize that preparations for mounting a challenge in 2024 must begin now. Last minute alliances and rushed campaigns are not enough to defeat BJP. But three problems persist. Leadership will remain a point of acrimony – leaving the issue after the election will give the BJP an advantage; resolving it and limiting oneself to one leader is difficult and can divide the opposition even before formal unity is achieved. The problems are difficult to identify – attacking the government primarily on the economy and ignoring the politics of culture leaves the BJP in a position to appropriate nationalism while attacking Hindutva may no longer be electorally appealing. And Congress remains the weak link, especially in bipolar states. Until these challenges are met, demonstrations of unity will not suffice.

Thank you for subscribing to our daily newsletter.