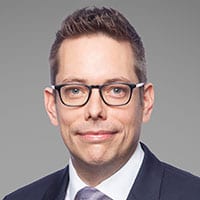 What Albertans can now expect from the Trudeau government

What does another Trudeau victory mean for Western Canadians? After all, the actual composition of the House of Commons has changed little and, once again, the Liberals will need the support of the NDP or the Bloc QuÃ©bÃ©cois to pass legislation.

So, for the most part, we can expect a continuation of some programs, including COVID support for workers and businesses, affordable child care, and a continued focus on climate change and what it means for energy and agriculture.

The Trudeau government will continue to prioritize restarting the economy and supporting the recovery. This means that support programs for workers and businesses affected by the COVID-19 pandemic are likely to be extended, especially given the country’s current fourth wave of infections. This will be welcomed in Alberta, where the severity of Wave Four will cause the economy to temporarily weaken – something already visible in real-time economic data.

One area where we’ll likely see new policies is housing, with a likely expansion of the first-time buyer incentive. While affordability is not an issue in most western provinces except British Columbia, many households are likely to benefit from such programs.

With the Liberals back in power, the recently announced affordable child care program will remain in place. The Government of Alberta will now be under pressure to negotiate an agreement on funding for the program in the province.

The affordable child care program is an important and positive economic policy. Lack of childcare disproportionately affected women during the pandemic, reducing their career prospects, skills and financial well-being. Quebec’s experience with affordable child care, a program similar to that envisioned by the Trudeau government and in place since the late 1990s, has raised the employment rate of women aged 25 to 55 to 83 percent, highest in Canada. Alberta, on the other hand, is among the lowest in the country at 78 percent. Convergence at the Quebec level would mean around 50,000 more women in employment.

The participation of women in the economy will be crucial in the coming years, especially with the gradual aging of the population and the retirements of the baby boomers. A higher presence of working-age women will help replace retiring workers and retain their skills. In addition, more women keep their jobs while having children, this means less loss of skills and less impact on their long-term career prospects. Ultimately, this will increase the country’s growth potential and long-term prosperity.

The main economic impact of the Trudeau government on the western provinces will likely come from its continued commitment to fight climate change. However, it is important to note that this is not a Canada-centered policy but a global imperative. Maintaining the current framework, centered on a carbon tax, should provide some political certainty for the energy sector and clarity in future investment decisions.

However, the federal government must specify how it intends to help workers affected and displaced by the energy transition and decarbonisation. Likewise, some regions are also likely to be disproportionately affected by the transition.

The current energy crisis in Europe highlights the need to be careful with the energy transition, i.e. the focus should be on rotating demand away from high emission sectors, and not just on supply reduction. The situation in Europe shows the need to increase the supply of renewable energies and to keep energy security in mind. But the federal government must provide more details on how it intends to promote and attract investment in green energy in the western provinces. There is immense wind, solar and geothermal potential in these provinces which remain underdeveloped and a great source of economic opportunities.

Climate change and the need to reduce greenhouse gas emissions are not just a concern of the energy sector. The agricultural sector also faces a transition cost. First, the carbon tax adds to the operating costs of the industry. Second, emissions from the agriculture sector are increasing, with the sector responsible for about 10 percent of Canada’s emissions. Investments in new technologies will be necessary to reduce the carbon footprint and GHG emissions of the sector. Third, the widespread drought this summer, which can be attributed to climate change, could become more common, requiring increased and more frequent support from various government sectors to ensure the security of the food supply.

The result of this election means that the economic priorities of the federal government should remain the same. This will bring some certainty, especially on big economic issues like tackling climate change, bringing some much needed political certainty that is necessary for investment.

Although this is a big challenge, it also brings huge opportunities. But seizing these opportunities will require more collaboration and coordination between different levels of government, which the current political environment has made difficult.

Â© Troy Media
Troy Media is an editorial content provider for the media and its own community media hosted across Canada.