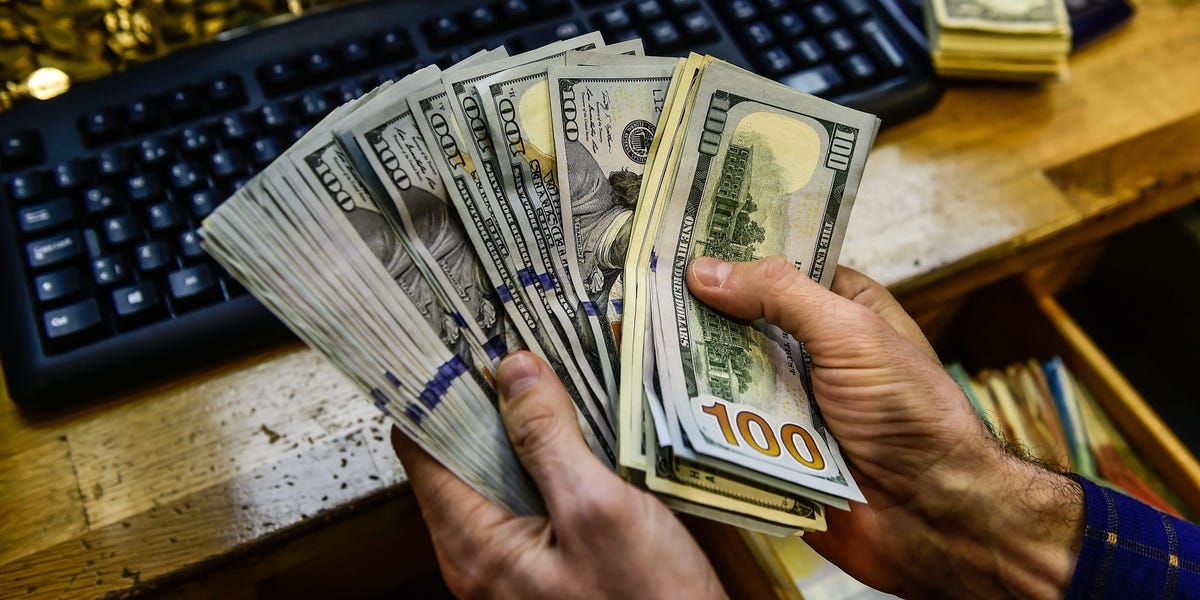 What’s shaping up to be a record year for U.S. dollar strength is being flagged as a sore spot by multinationals – and it could be months before a sustained greenback pullback takes hold, analysts say .

Apple, Pfizer and other big companies have told investors their financial results could be hit by currency fluctuations. This year, the dollar hit its highest level in two decades against a widely watched basket of currencies.

are at the center of the rise of the dollar in relative value. The US dollar index recently marked a 10% increase for 2022 when it hit above 104. The index was at 103 on Friday – but it may not fall significantly over the next few months.

“In the next three to six months, I would say 100 to 105 is probably where the dollar [index] could trade,” Fawad Razaqzada, market analyst at Forex.com, told Insider. “I don’t think the dollar is going to crash very sharply just because other central banks aren’t as hawkish as the Reserve Federal,” said in an interview in London.

The US Dollar Index measures the performance of the greenback against the Euro, Japanese Yen, British Pound, Canadian Dollar, Swedish Krona and Swiss Franc. The greenback this year was up 11% against the yen.

The DXY is “overbought” and showing the start of a correction, Bank of America said in a Friday note. “However, over time we see an upside breakout, uptrend conditions and no top pattern, which means we should buy the bottom. summer,” BofA technical strategist Paul Ciana wrote.

For American companies doing business abroad, the strength of the dollar can make their products more expensive to buy for holders of other currencies. Moreover, the value of their international sales decreases when converted back into dollars. S&P 500 companies generate 41% of their revenue outside the United States, according to FactSet.

Foreign exchange “is an issue with the dollar being strong at this point,” Apple said of factors that could lead to lower sales growth in its current fiscal third quarter compared to the second quarter. “As for the currency, we expect it to be a headwind of almost 300 basis points,” or a decline in revenue of about 3%, Apple’s chief financial officer said, Luca Maestri, during an earnings call in April.

“We have seen a new stage in cost pressures, and exchange rates have moved against us again,” Procter & Gamble chief financial officer Andre Schulten said in its third-quarter earnings call. “We now expect FX to be a $300 million after-tax headwind for earnings for the year,” he said.

Last year, the Fed announced that it would undertake an aggressive cycle of interest rate hikes to calm inflation. Headline consumer price inflation in the United States was 8.3% in April.

Expectations of higher rates have pushed US Treasury bond yields in 2022 to multi-year highs, making them attractive to foreign investors comparing debt from other countries, such as Japan, which offer relatively lower yields. Investors will sell foreign currencies and buy dollars to buy higher-yielding US bonds, which will boost demand for the greenback and its value. The yield on 10-year Treasury bills rose above 3% and was at 2.8% on Friday. Japan’s 10-year yield was 0.24% on Friday.

The Fed has raised interest rates by 75 basis points since March and a sharp hike of 50 basis points is expected at the June 14-15 meeting. Rate hikes aim to reduce inflation by slowing the pace of economic activity.

A significant change in fears about the United States

Inflation concerns could pose some challenge to the dollar’s rise, Huw Roberts, chief analyst at Quant Insight, told Insider. A peek into that idea came as the 10-year yield fell 3% after April’s inflation report showed prices had fallen from the 41-year high of 8.5. % in March.

“[If] bond yields continue to fall and copper continues to fall, that tells you the markets are worried about growth,” Roberts said. “Is it necessarily a bearish dollar? Well, that will definitely take the bullish wind out of the dollar, but it won’t necessarily be a downright bearish call on the dollar because if the US economy is in trouble, the rest of the world is going to be in trouble,” he said. -he declares.

“I would say that could mean the end of the one-way traffic that’s on the upside of the dollar. Does that necessarily open up a downside dollar? That’s much more debatable,” Roberts said.